Sub-Inspector Killed During Clashes Between Police And Gorkha Supporters

The police said the raid was carrying on as it had intelligence inputs that Gurung, against whom a lookout notice was issued last month, was near Patlebas in the Darjeeling hills. 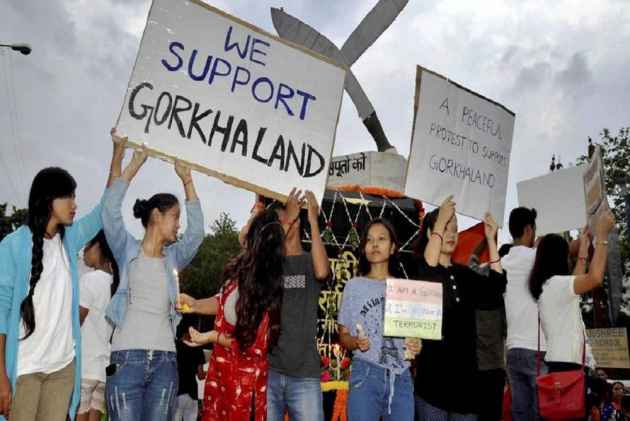 A sub-inspector was shot dead and four policemen were injured in clashes between the police and alleged supporters of Gorkha leader Bimal Gurung after security forces raided a forest area near Darjeeling where he was suspected to be hiding.

The police said the raid was carrying on as it had intelligence inputs that Gurung, against whom a lookout notice was issued last month, was near Patlebas in the Darjeeling hills.

The GJM claimed three of its supporters were killed in police firing. The police, however, did not confirm this.

Six AK-47 rifles and one 9mm pistol have been recovered, the police said, adding that the clashes were continuing.

"We have cordoned off the entire area and the raid operation is still on," Gupta told PTI.

A huge contingent of police personnel has been sent to the spot as the forces believe Gurung is in Darjeeling and hiding in that area.

The GJM is an ally of the BJP-led National Democratic Alliance (NDA).

Trouble started around 5 am when a police search party raided a hideout inside the forest near Patlebas, a stronghold of Gurung, acting on information that he was hiding there.

When the police started its hunt for him, alleged GJM supporters fired and threw stones at them, the police said.

Gurung has been in hiding since August after cases under the Unlawful Activities (Prevention) Act were registered against him for his alleged involvement in several bomb blasts in Darjeeling and adjoining areas.

This is the first such incident of violence after the 104-day long indefinite shutdown in the hills was called off on September 26 by Gurung following an appeal by Union home minister Rajnath Singh.