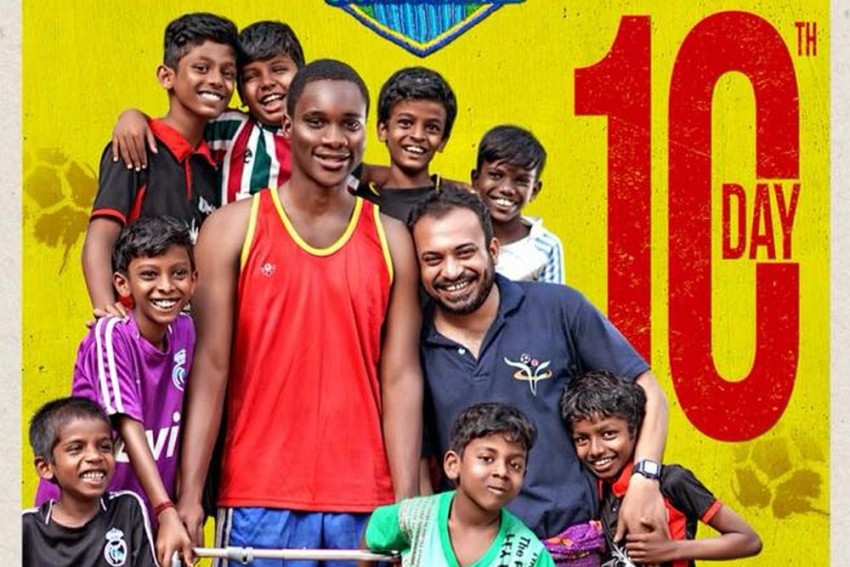 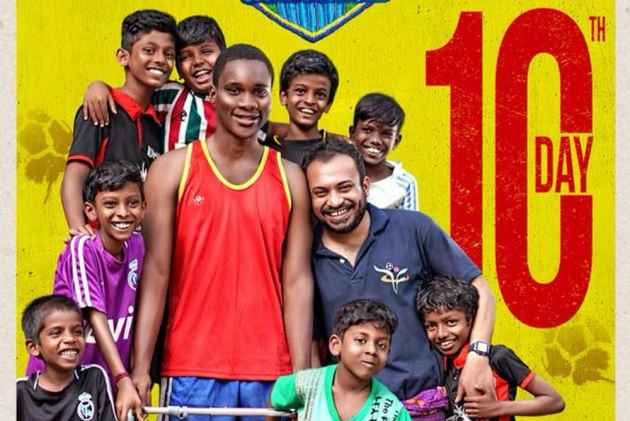 A Nigerian actor, who played a prominent role in a recently released Malayalam film, ‘Sudani From Nigeria’, has accused its producers of "racial discrimination" after they allegedly paid him less compared to his Indian co-stars.

Samuel Abiola Robinson, who played the role of a footballer in the movie 'Sudani from Nigeria', alleged in a Facebook post that he was paid less as he was "black".

However, Sameer Thahir and Shyju Khalid, the producers of the film, rejected the charges and said the actor was given a "mutually-agreed remuneration" according to the contract agreement signed with him.

They also said the accusation of racial discrimination was "painful".

Directed by debutant Zakaria Mohammed, 'Sudani from Nigeria', revolving around a football club in Malappuram district in the state, has won the hearts of the masses and is running to packed houses.

Robinson, who returned to his country recently after taking part in the celebration of the film's success, said he does not want to allow the discrimination to happen to another "helpless young black actor."

"I believe that I was a victim of racial discrimination while in Kerala," Robinson said in the post.

"It was nothing violent or directly in my face but for my role in Sudani from Nigeria, the producers offered me far less money than Indian actors who are not half as popular or accomplished as i am would normally earn (sic)," he said.

However, in another Facebook post, the young actor made it clear that he did not experience any "racist treatment" from the public in Kerala.

"I do not think that Kerala people are racist as I experienced no such racist treatment from the general Kerala public. I very much enjoyed my stay in Kerala, the culture, the Biryani and all," he said.

He said he had come to know about the "discrimination" after meeting several young actors and discussing payment with them.

"I am of the opinion that this (under payment) happened purely because of my skin color and the assumption that all Africans are poor and don't know the value of money," he said.

Robinson played the role of a football player who becomes part of a local soccer club in Malappuram district.

He, however, said Zakariya, the movie's director, did his best to help him but as he was not financing the movie himself, "there was very little change he could foster."

"I believe the promises (by the producers) were simply tools of Manipulation to get me to eagerly commit the 5 months of availability for work being October, November, December 2017, January and March 2018 for the shoot and promotion of the movie (sic)," he said.

Even the least experienced Indian newcomer in the Malayalam film industry would be paid considerably more than what he had received, the actor claimed.

Urging people to say no to racial or caste discrimination, Robinson said as he was "black", it was his responsibility to speak up to "ease the suffering of the next generation of black actors."

Rubbishing the allegations, the producers, in the official Facebook page of their production company, said  Robinson had entered into the contract after he agreed on paper with the remuneration.

"We have drawn up a contract with him after giving him a clear picture about the low-budget nature of the film and about the limit of remuneration we could give him," the FB post said.

On the allegation of racism behind the "underpayment", the producers said the actor had entered into the contract with his right to pull out of the film, provided he had any objection.

"We exerted no pressure on him to cooperate with us, if he was not satisfied with the amount we offered," they said.      They also suspected that the actor's allegations were prompted by some "misinterpretation of certain false information" provided by some sources.

The director, Zakariya, was unavailable for comments.

Robinson, who began his career as an actor in 2013, has appeared in several productions in Africa such as Walt Disney's 'Desperate Housewives Africa.'