Two of the bombers attacked the Tashan Kifi fish market. Then four minutes later, a third bomber struck nearby 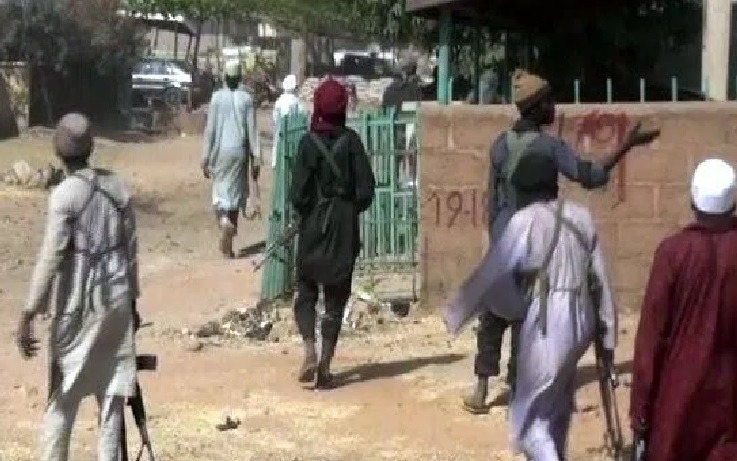 The bombers, all believed to be female, left dozens wounded at the fish market in Konduga, just outside the state capital, Maiduguri. The city is the birthplace of the Boko Haram extremist insurgency and has been a frequent target.

Musa Bulama, 32, said he was lucky to have survived the blasts.

"I came to the night market to buy fish for dinner when I heard a loud bang some meters (yards) behind me and I saw myself on the ground, and before I could pick up myself another one went off then, the third one again," he recalled. "I couldn't stand any longer and just laid down but everywhere was in total confusion."

He added: "From the wailings, one can tell that there are many casualties." Boko Haram continues to carry out deadly suicide bombings in Borno state and other parts of northern Nigeria as part of its violent campaign to establish an Islamic state in the West African nation.

The extremists have increasingly used women and youth as bombers, often after abducting and indoctrinating them.