Suicide Bomber Blows Up Near Shiite Mosque In Kabul, 4 Killed

The explosion happened as worshippers were leaving a Shiite mosque in the north of the city after Friday prayers. 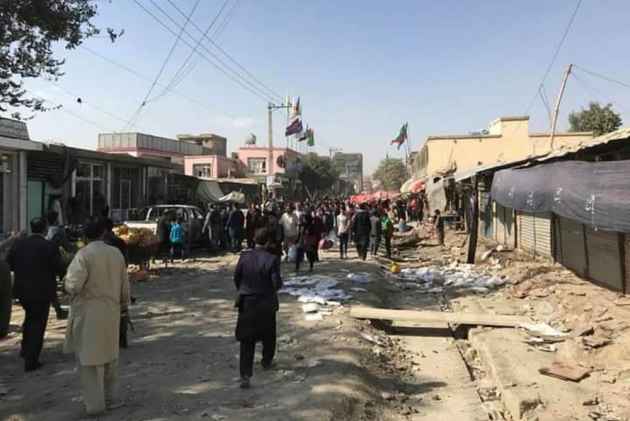 An Afghan hospital official says at least four people have been killed and 20 wounded in a suicide bombing attack outside a Shiite mosque in the capital Kabul.

Police officer Abdul Rahman says the attacker blew himself up on the street about 1,000 meters (1,094 yards) from the Hussainia Mosque. The attack took place just after today prayers as worshippers were on their way home.

A witness, Mir Hussain Nasiri, says the attacker was disguised as a sheepherder.

No one immediately claimed responsibility for the attack, which took place two days before the Muslim holy day of Ashura.

An Afghan official says a Taliban attack on a police checkpoint has left five police dead in western Farah province.

Iqbal Baher, spokesman for the provincial chief of police, says two others were wounded when the militants launched their attack early Friday in Bala Bluk district.

Baher said reinforcements from the Afghan national army arrived after several hours of fighting and pushed the Taliban fighters out of the district.

He said the Afghan air force struck three Taliban vehicles as they tried to escape, killing at least 20 Taliban fighters.