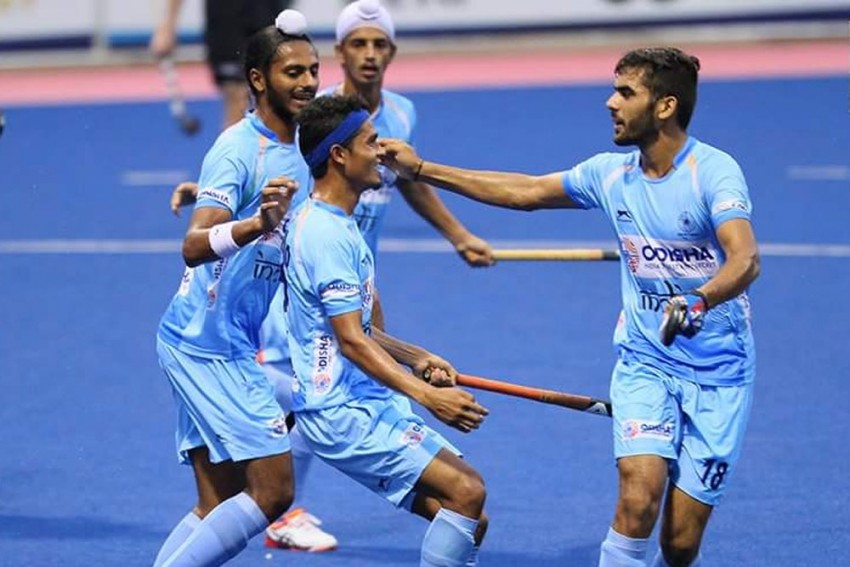 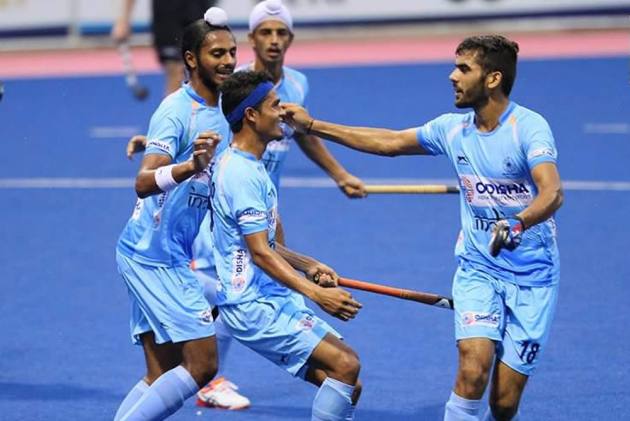 The Indian hockey colts on Sunday thrashed their New Zealand rivals 7-1 to register their second consecutive win at the eighth Sultan of Johor Cup at Johor Bahru Sunday.

New Zealand's consolation goal came from the sticks of Sam Hiha in the 53rd minute.

Last year's bronze medallist India got off to an attacking start as Prabhjot's fine goal in the sixth minute put New Zealand on the back foot.

Shilanand Lakra, who had made his senior debut earlier this year at the Sultan Azlan Shah Cup in Malaysia, was in good nick as he capitalised on a good assist to put the ball past the New Zealand goalkeeper to double the scoreline.

Though New Zealand tried to overcome the initial setback, India's defence did not allowing any easy circle entries.

Indian goalkeeper Pankaj Rajak too was in good form as he made some good saves to deny New Zealand.

The Indian forwards kept up the pressure as they scored back-to-back goals in the 21st and 23rd minute through Harmanjit's field strike and Mohd Faraz's penalty corner conversion.

While the third quarter saw both teams drop the pace a bit, India extended their lead in the 43rd minute through Lakra.

It was Abhishek's 50th-minute goal that put India 6-0 ahead, even as New Zealand's Sam Hiha scored a consolation goal three minutes later.

Skipper Mandeep also registered his name in the scoresheet as he converted a smart variation from a penalty corner to hand India the massive win.

India will next take on Japan in their third match on October 9.