Her life's work was dedicated to fighting not just the deadly virus but also the discrimination attached with it. 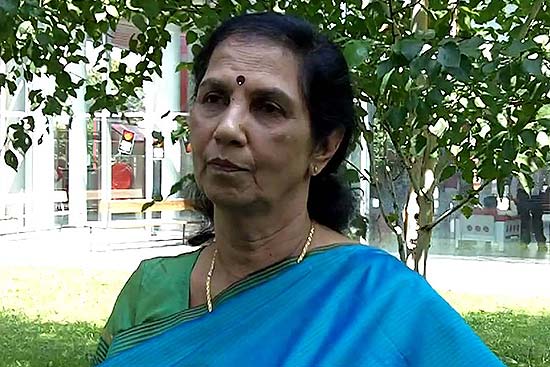 A great doctor is one who without us knowing alters the course of what could have been our lives. This could be through the invention of a life saving drug or through the discovery of a life threatening virus. Even more importantly, a great doctor is one who doesn't only cure, but does so with compassion. Suniti Solomon was the personification of all these traits and more.

A household name in Tamil Nadu for HIV related issues, Suniti Solomon dedicated a career spanning over 3 decades to the research of the deadly HIV virus. She met her demise on Tuesday, succumbing to liver cancer at the age of 76 in her residence in Chennai.

The Chennai based doctor was a pioneer in the discovery of AIDS virus in India, a discovery that pushed into action both the government as well as the medical community to understand a virus which would go on to be a mass murderer. Then a professor of Microbiology at the Madras Medical College, Solomon led a study on transgender sex workers in 1986 which resulted in the first documentation of the virus in India. She had persuaded one of her PhD candidates to take up the study as part of her research. This was a time when the virus was considered to infect only sex workers and the transgender community and most physicians refused to be associated with any studies regarding it.

Dr SP Tyagarajan, a close friend and fellow Microbiologist remembers her for her empathy and a great way with patients. "Dr Suniti's approach to patients has always been quite unique. Even at a time when those infected with HIV were considered to be outcastes, she used to hug them and sit and talk to them for many hours. She even helped some of her patients get married", he remembers.

Dr Solomon's strength lay in her ability to connect with her patients. Her life's work was dedicated to fighting not just the deadly virus but also the discrimination attached with it. Even in the later years of her life, she could be seen campaigning against the injustice faced by those infected by the disease and their families. She had also started a non profit setup called Eco Kitchen which helped provide free and hygienic meals to poor families of patients infected with HIV.

Speak to anyone about Dr Solomon and the first thing they say is that she was a prolific leader. A believer of leading by example, she was a hard worker and encouraged her students to do the same. Dr Kumarasamy, one of her former students at the Madras Medical College recalls her as being a passionate teacher with infinite patience. "She had a real drive for teaching. She was a practical lady whose religion was science and she encouraged us to do the same", he says calling her an "outstanding leader" and a "great mentor".

Dr Solomon graduated from the Madras Medical College and went on to get trained in a range of aspects of HIV in both the UK and the US. After teaching for several years in the Madras Medical College, she founded the YG Gaitonde Centre for AIDS Research and Education (YRG CARE) in Chennai, the first Indian support centre for HIV/AIDS related issues in the country. She has won several awards for her groundbreaking work in the field including a life time achievement award for service on HIV/AIDS by Dr MGR Medical University in 2012, a DMS (Honoris Cusa) by Brown University in 2006 and an award for pioneering work on HIV by the Medical Varsity in 2001.

Dr Solomon did not believe in restricting her work within the laboratory. "She had been working on developing low cost equipment and methods for the detection of HIV for poor patients. When she was not in the lab, she usually spending time with her patients", remembers Dr Kumarasamy. Her committed interest in her patients to overcome the trauma as well as the disease set her apart from others. Dr Tyagarajan remembers her once saying, "A doctor's job was not just to cure a patient but to understand the problem."

India's fight against AIDS has been an uphill battle but the country has made progress. Under Dr Solomon, several schemes and programmes were launched by the government to fight the disease. These schemes have shown a reduction in HIV cases in India from 22.5 lakh in 2007 to 20.9 lakh in 2011. Even while she fought against liver cancer in her last two years, Dr Solomon insisted on being kept up to date on the research at YRG CARE and overlooking its work. It is a tribute to Solomon's work that at the time of her death, India is celebrating decline in HIV cases.