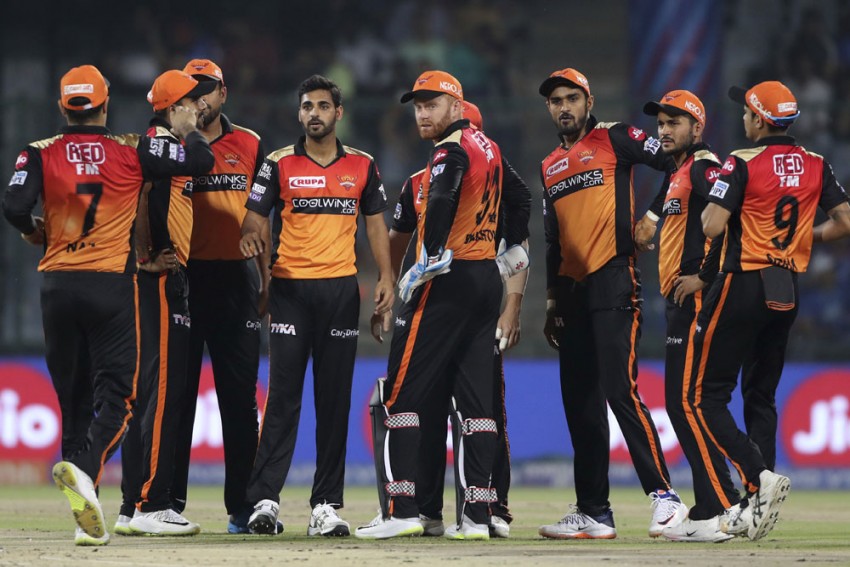 Sunrisers Hyderabad captain David Warner on Friday said the return of senior India pacer Bhuvneshwar Kumar will strengthen his side which is already quite balanced in all departments. (SRH Team Preview | News | Full Schedule)

Bhuvneshwar played just four games in last year's IPL in the UAE after sustaining a hip injury but he is currently in top form after an excellent show for the country during the white-ball leg of the England series at home.

"Our team is pretty balanced and there are going to be some selection headaches which is always good," Warner said on the twitter handle of SRH.

SRH play their first match on Sunday against Kolkata Knight Riders in Chennai.

"It is great that Bhuvi is back. He has had a fantastic series against England. We have a lot of depth in bowling and firepower in batting."

The swashbuckling Australia opener said the slow pitches in Chennai and Delhi will suit his team.

"We are playing in Chennai in Delhi in our first 8 or 9 games. The wickets there  ill be tad slow which will suit our style of play," said Warner who has come out of a mandatory quarantine.
He said he did some running inside his hotel room during quarantine to keep himself fit.

"They gave me a big enough room and I had a little bit of running inside it."

SRH reached the play-offs in the last edition in the UAE where they lost to eventual runners-up in the Qualifier 2.

Bhuvneshwar, on his part, said he was looking to feature in a full season this time.

"It's good to be out of quarantine. Feels that the last IPL was just a few days back. I am not thinking of any new things but will just focus  on the simple things and use my experience and bowl my variations, like that," he said.

"I was not there for almost the whole IPL last year and looking forward to play the whole season this time and hopefully contribute for the team."