Justice Karnan had on February 15, 2016 stayed his transfer order after the apex court asked the chief justice of Madras High Court not to assign any judicial work to him. 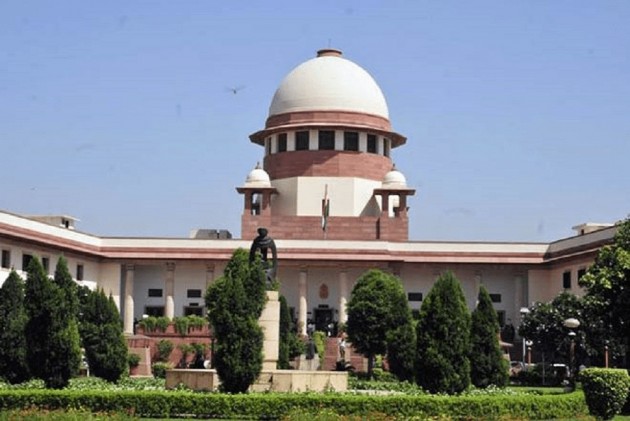 In an unprecedented move, a seven-judge bench of Supreme court has issued contempt notice to Calcutta HC Judge CS Karnan, initiating suo moto criminal proceedings in a case relating to his own transfer from the Madras High Court on Wednesday.

This bench was especially constituted after a bench of Justices Arun Mishra and Amitava Roy last month allowed Justice Karnan's plea to argue his case in person by accepting his request to discharge his advocate S Gowthaman.

Justice Karnan had written a letter dated December 21, 2016 to the Supreme Court Registry seeking permission for the same.

Earlier, the Registrar General of the Madras High Court had stated that 12 files of the high court were still with Justice Karnan and these were required to be returned.

Justice Karnan had on February 15, 2016 stayed his transfer order after the apex court asked the chief justice of Madras High Court not to assign any judicial work to him.

The same day the apex court had suspended Justice Karnans order and made it clear that all administrative and judicial orders passed by him after the issuance of the proposal of his transfer from the Madras High Court to the Calcutta High Court shall remain stayed till further orders.

However, a week later, the judge had admitted that he had issued an "erroneous" order due to his "mental frustration resulting in the loss of his mental balance".