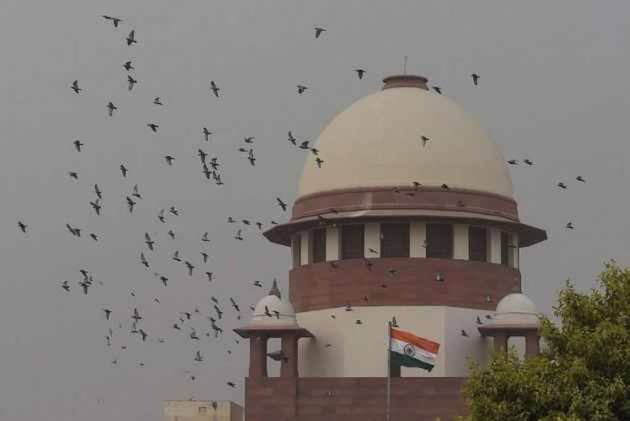 The Supreme Court Wednesday said its 2006 verdict putting benefits of quotas in job promotions for SC/ST employees need not be referred to a seven-judge bench.

The apex court also turned down the Centre's plea that overall population of SC/ST be considered for granting quota for them.

The unanimous judgement was pronounced by a five-judge Constitution bench headed by Chief Justice Dipak Misra.

The bench did not comment on two other conditions given in the 2006 verdict which dealt with adequacy of representation of SC/ST in promotion and not to disturb administrative efficiency.

The court's verdict came on petitions seeking that a seven-judge bench reconsiders the court's 2006 judgement which had put conditions for granting quota benefits in job promotions for SC/ST employees.

The bench had reserved its verdict on August 30 after hearing various stakeholders, including the Centre, on the matter.

A five-judge constitution bench, in its 2006 verdict in the M Nagraj case, had said the states are bound to provide quantifiable data on the backwardness of Scheduled Castes (SC) and Scheduled Tribes (ST), the facts about their inadequate representation in government jobs and the overall administrative efficiency, before providing quota in promotions to members of these communities.

The Centre and various state governments have also sought reconsideration of this verdict on various grounds, including that the members of the SC and ST communities are presumed to be backward and considering their stigma of caste, they should be given reservation even in job promotions.

The Centre has alleged that the verdict in the M Nagraj case had put unnecessary conditions in granting quota benefits to the SC and ST employees and sought its reconsideration by a larger bench.

Attorney General K K Venugopal, appearing for the Centre, had strongly argued in favour of granting quota to SC and ST employees, saying there was a presumption of backwardness in their favour.

He had said the SC and ST communities have been facing caste-based discrimination for long and the stigma of caste is attached to them despite the fact that some of them have come up.

During one of the hearings, senior advocate Rakesh Dwivedi, who represents those opposing quota in promotions, had told the bench that earlier there was presumption of backwardness with regard to scheduled caste and scheduled tribe communities.

There should not be quota in promotions for higher services as the presumption of backwardness of SC and ST employees "vanishes" once they join government service, he had claimed.

Dwivedi had also said quota in promotions for SC/ST may be continued for class-IV and class-III services, but should not be allowed for higher services.

Earlier, the top court had questioned the logic behind granting quota in promotions in government jobs to the kith and kin of affluent persons among the SC and ST communities who have been holding high official positions.

It had asked why the 'creamy layer' principle, used to exclude the affluent among other backward classes (OBCs) from enjoying the fruits of reservation, cannot be made applicable to deny quota benefits in promotion to those affluent among the SC and ST communities.