However, the division bench of the high court had set aside the single judge bench and upheld the ban. 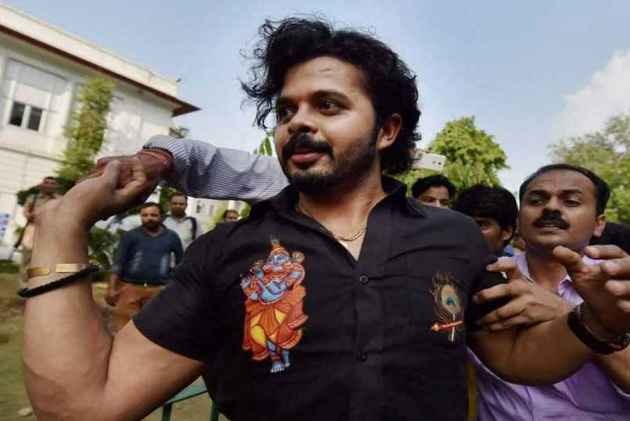 The Supreme Court today sought a response from BCCI on controversial cricketer S Sreesanth's plea challenging the life ban imposed on him by the apex cricket body.

A bench comprising Chief Justice Dipak Misra and Justices A M Khanwilkar and D Y Chandrachud asked the Board of Control for Cricket in India and two office bearers of its Committee of Administrators (CoA) to file their responses within four weeks.

The court, however, refused to grant any interim relief sought by senior advocate Salman Khurshid, representing the cricketer, that he may be allowed to play.

Sreesanth, who had been absolved in the IPL spot-fixing case, was successful when he filed a plea before the single judge bench of the Kerala High Court challenging the life ban imposed on him by BCCI.

However, the division bench of the high court had set aside the single judge bench and upheld the ban.

The cricketer has now challenged the high court verdict in the apex court.