States, in their appeal, said that they be allowed the executive power under the law to stop screening of the movie in case situation warrants. 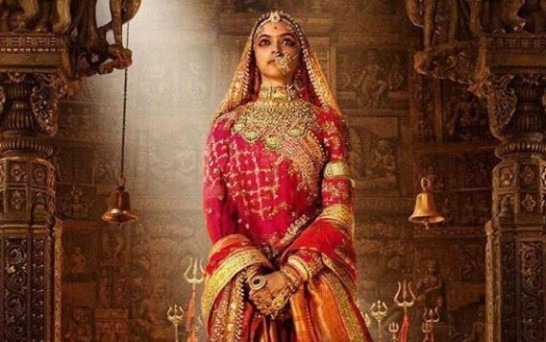 Rajasthan and Madhya Pradesh today moved the Supreme Court seeking recall of its January 18 order by which controversial Bollywood movie Padmaavat was allowed to be released in theatres across India on January 25.

A bench comprising Chief Justice Dipak Misra and Justices A M Khanwilkar and D Y Chandrachud agreed to hear tomorrow the interim applications of both the states seeking modification of the apex court order allowing exhibition of the movie.

The states claimed that section 6 of the Cinematograph Act empowers them to stop exhibition of any controversial movie on the grounds of possible violation of law and order.

Senior advocate Harish Salve, appearing for Viacom 18 the producers of the Deepika Padukone-starrer, opposed urgent hearing on any such interim applications.

The court, however, agreed to hear the applications tomorrow.

The Supreme Court had on January 25 paved the way for the nationwide release of 'Padmaavat' by staying the ban on its screening in Gujarat and Rajasthan.

The apex court also restrained other states from issuing any such notification or order banning the screening of the movie.

The film, starring Deepika Padukone, Shahid Kapoor and Ranveer Singh in lead roles, is based on the saga of historic battle of 13th century between Maharaja Ratan Singh and his army of Mewar and Sultan Alauddin Khilji of Delhi.

The Supreme Court on Thursday had stayed notification by Madhya Pradesh, Haryana, Rajasthan and Gujarat banning Padmaavat, and gave nod to release the film.

The apex court has also restrained any other state from issuing similar notifications and orders prohibiting screening.

A day after ruling that the film Padmaavat cannot be banned by states on account of potential law and order trouble, the SC on Friday, also  rejected a plea seeking urgent hearing on a fresh PIL that sought cancellation of Censor Board’s certificate granted to the movie.