Earlier, he had put a bounty of Rs 10 crore on Padmavaat makers' head for distorting the historical facts and showing Rani Padmini in the bad light. 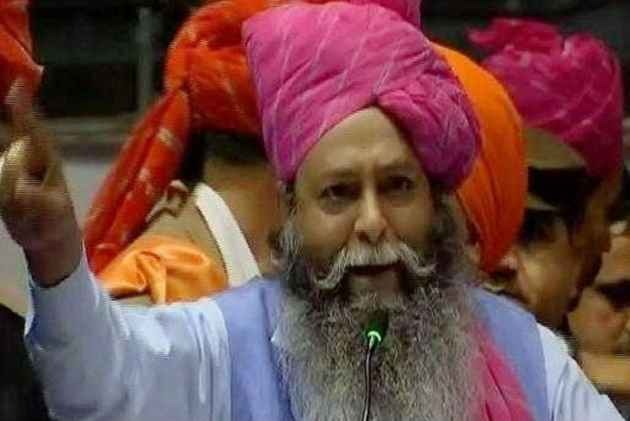 Bharatiya Janata Party (BJP) leader Suraj Pal Amu has stirred yet another controversy by addressing a news anchor as 'baby'.

During an interview with the NewsX, he addressed anchor Sanjana Chowhan as 'baby' thrice while using derogatory remarks and threatening her on air and refused to apologize.

The action drew flak as he has been actively protesting the release of Sanjay Leela Bhansali's directorial, 'Padmaavat', for protecting a 'woman's honour'.

Earlier today, Chowhan filed a complaint with the National Commission for Women. She talked to the NCW's chairperson, Rekha Sharma, while on air.

The NCW will soon be summoning Amu.

Earlier, he had put a bounty of Rs 10 crore on Padmavaat makers' head for distorting the historical facts and showing Rani Padmini in the bad light.

On being called out on his harsh language, the Haryana BJP's chief media coordinator justified, "I am an educated person. I don't normally behave this way". He even accused the channel of misbehaving with him and trying to stop his 'aandolan'.

According to media reports, Amu hails from Rajput clan based in Gurugram's Sohna town. He has been a member of BJP since his college days in 1984.