Founder and Chairman of Hari Krishna Exports, Savji Dholakia gifts cars, flats and FDs as Diwali bonus to its employees. 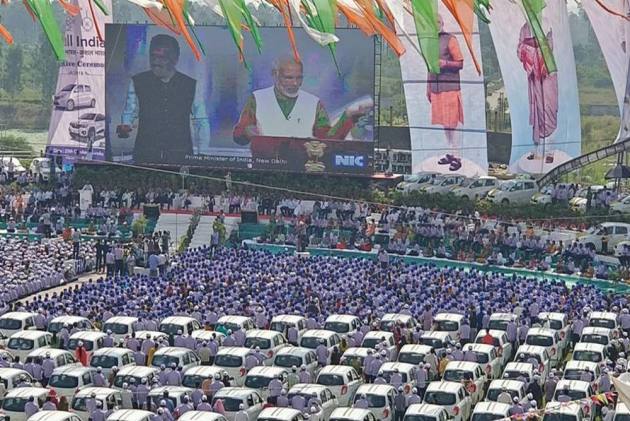 Diwali, as we know it, is the festival of gifts. The employees of a Surat-based diamond processing-export 'Hari Krishna Export' firm received extraordinary Diwali bonuses on Thursday.

The Founder and Chairman, Savji Dholakia gifted 600 cars as Diwali bonuses to its employees at an event called 'Hari Krishna Skill India Incentive Ceremony' on Thursday.

"As a part of the company’s loyalty bonus program, the #HKGroup gave incentives to approximately 1,700 diamond artists and diamond engineers in the form of cars and fixed deposits. The ceremony was a success with the blessings of Pujya Morari Bapu, Pujya Ramesh Bhai Oza, Sri Sri Ravi Shankar Maharaj and Pujya Jignesh Dada. The aim of this program was to reward employees’ loyalty and dedication towards the company," Dholakia wrote in a Facebook post.

Prime Minister Narendra Modi personally handed over the car keys to 2 woman employees, of which one is differently-abled in New Delhi. Modi was a part of the ceremony held in Surat via video conferencing.

"Out of all those who took loans under Mudra, over 3.5 crore youth were first-time entrepreneurs, as they have chosen the path of self-employment for the first time. Today, there exist unprecedented employment as well as entrepreneurial opportunities in the country," the prime minister said.

Dholakia honours and admires the hard work and efforts put in by its employees and expressed gratitude toward their enthusiasm and proficiency.

Hari Krishna Exports is known for gifting its employees' flats and cars along with fixed deposits and loans.