Along with her husband and close collaborator Lloyd, Rudolph published numerous influential works that won the Rudolphs the 2014 Padma Bhushan Award. 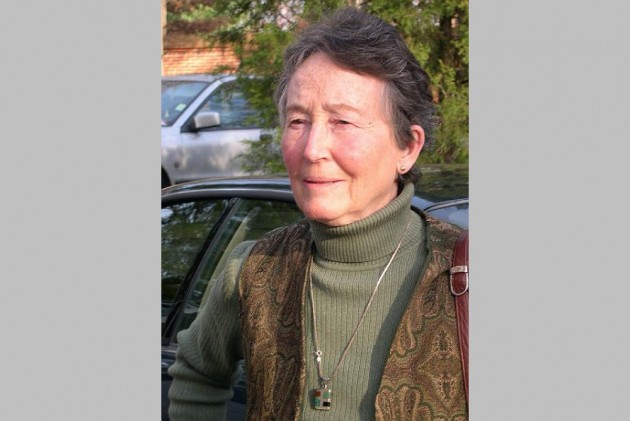 Susanne Hoeber Rudolph, the William Benton Distinguished Service Professor Emerita of Political Science at the University of Chicago, past president of the American Political Science Association and the Association for Asian Studies, and member of the American Academy of Arts and Science, died December 23, 2015 at her home in Oakland, California. Along with her husband and close collaborator Lloyd, Rudolph published numerous influential works that won the Rudolphs the 2014 Padma Bhushan Award, India's third-highest civilian honor. Rudolph's extraordinary teaching and scholarship helped make the University of Chicago a leading institution for the study of India.

Rudolph's work with her husband, Lloyd, relied on careful qualitative analysis that incorporated topics and methods from other fields, including literature and psychology. The range of Rudolph's work was breath-taking, encompassing not only Indian politics but also comparative politics as a general field, with special interest in the political economy and political sociology of South Asia, state formation, Max Weber, political psychology, methodology, and the politics of category and culture. Her major books include The Modernity of Tradition, Transnational Religion and Fading States; Education and Politics in India; In Pursuit of Lakshmi: the Political Economy of the Indian State; and Essays on Rajputana*. The Rudolphs were active in the Perestroika movement, a loose-knit grass-roots effort within the American Political Science Association, beginning in 2000, that argued against the narrow, hegemonic hold of quantitative and mathematical methodology and sought to open political science to greater methodological pluralism.

The movement led to the creation of a new section within the American Political Science Association (APSA) and the Rudolphs received the 2009 Blade of Grass Award given by the Interpretive Methodologies and Methods Conference Group of the APSA, in honour of their contributions to interpretive studies of the political world.

Born Susanne Hoeber in 1930, Rudolph lived in Germany until 1939, when her family fled to the US following her father's imprisonment for anti-Nazi activities. The Hoebers settled in Philadelphia, where Susanne's parents, Johannes and Elfriede, were active in public service and social justice causes. Susanne received her BA from Sarah Lawrence in 1951 and her PhD from Harvard in 1955.

Shortly after her arrival at Harvard, Susanne met fellow graduate student Lloyd Rudolph. Their marriage in 1952 marked the beginning of a sixty-year partnership, rare in American academia and distinguished by its scholarly excellence and its extraordinary respect and affection, for each other and for their students. In 1956, the couple embarked on their first trip to India, driving from London to New Delhi in a Land Rover. Their journey is documented in a 2014 volume — Destination India — that is a model of travel writing and intellectual commentary.

The Rudolphs spent much of their adult life doing field research in India, and their scholarly work changed the field. Their first book — The Modernity of Tradition — was groundbreaking and introduced political scientists to the idea that the politics of countries outside Europe could differ from the European model and still be "modern." It argued that many so-called traditional institutions — such as caste — can perform what Westerners think of as modern functions, as caste groups do when they serve the function of modern interest groups or political parties. Recognised as a classic in the field, The Modernity of Tradition has remained in print throughout the half-century since its publication.

Susanne would author many more books together with her husband, in work noted for its breadth as well as its scholarly depth and attention to detail. Many of these works are main-stream analyses of Indian politics traditionally-defined and thus constitute must-reads for anyone interested in the field. (Explaining Indian Democracy, 2015). Others address US policy toward India (Making U.S. Foreign Policy toward South Asia, 2008.) Their work on Gandhi (Postmodern Gandhi and Other Essays) and Reversing the Gaze: Amar Singh's Diary: A Colonial Subject's Narrative of Imperial India revealed Susanne's concern with political psychology and her influence from Erik Erickson. These works focused attention on identity and suggest how our perceptions of other people shapes our actions toward them.

A dedicated and talented teacher — Susanne Rudolph was the winner of the Quantrell teaching award — and co-taught with Lloyd one of the most popular courses at Chicago on the political psychology of identity. Several of the Rudolphs' many distinguished students mention one course — "Subjection, Equality and Domination: A Study of the Asymmetrical Relationship" — as their favourite course, precisely because of its ability to reveal new insight into issues — in this case race, ethnic and religious prejudice — and force the student to see the world in a new light.

As pre-eminent scholars of the world's largest democracy, the Rudolphs lived in India every fourth year for nearly fifty years. Their three children were educated in Indian schools so they would grow up bilingual in Hindi and English. Much of this time was spent in Jaipur, with Rajasthan as their home base for studying modern politics and examining India's princely states both in the British colonial period and post-independence.

Susanne was born in an age in which women seldom became professors. However, after their first research trip to India she and her husband Lloyd were both offered appointments in the Government department at Harvard University. When they interviewed at the University of Chicago, Lloyd insisted on dual appointments, and so both the Rudolphs joined the University of Chicago faculty in 1964. The model of collaboration their marriage provided inspiration and hope for many young women, not sure they could successfully combine career with family. The grace with which Susanne did this, and the support Lloyd provided were critical at a time when women lacked role models. In this, both the Rudolphs were replicating some of the support they received from their own parents.

Rudolph is survived by her two brothers, Thomas Hoeber of Berkeley, CA and Francis Hoeber of Philadelphia, PA, her husband, Lloyd, and her three children: Jenny, who serves on the faculty at Massachusetts General Hospital and Harvard Medical School; Amelia, Artistic Director of Project Bandaloop, an Oakland CA based aerial dance company, and Matthew, a political scientist teaching at San Francisco State University.  Susanne also delighted in and is survived by her three grandchildren: Gia (19), Maya (9), and Ry (4).