The arrested man has been identified by the federal anti-narcotics agency as Zaid Vilatra. Indian currency worth Rs 9,55,750 and foreign currency (USD 2,081, 180 British Pounds, 15 dirhams), which the NCB claimed are 'proceeds of drug peddling', have been recovered from him. 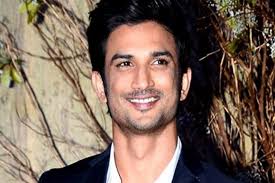 The Narcotics Control Bureau has arrested an alleged contraband dealer and detained another in connection with the drugs trafficking case linked to the case of actor Sushant Singh Rajput's death, officials said on Wednesday.

The arrested man has been identified by the federal anti-narcotics agency as Zaid Vilatra. Indian currency worth Rs 9,55,750 and foreign currency (USD 2,081, 180 British Pounds, 15 dirhams), which the NCB claimed are "proceeds of drug peddling", have been recovered from him.

"Zaid disclosed that he runs an eatery in Bandra which was not giving any pecuniary gains since lockdown. He also disclosed that he is into drug peddling especially bud, through which he used to earn a substantial amount of money," the NCB said.

According to the NCB, the best quality of bud is sold for about Rs 5,000 per gram.

Zaid came under the scanner after the agency arrested two people -- Abbas Lakhani and Karan Arora -- in another narcotics case on August 27-28 in Mumbai and recovered a bud consignment from them.

Lakhani had "linkages" with Zaid, the NCB claimed.

The agency has also detained a Bandra resident identified as Basit Parihar after interrogating Zaid.

Parihar is "learnt to have linkages" with the narcotics case registered against Rajput's live-in partner Rhea Chakraborty, 28, and others.

Rhea is the main accused in the death case of the 34-year-old actor that is being probed by the NCB, the Enforcement Directorate (ED) on money laundering charges and the Central Bureau of Investigation (CBI).

The role of Rhea's brother Showik and his purported links with the people nabbed by the NCB are under the scanner of the agency and he is expected to be summoned for questioning soon, the officials said.

Some more drug peddlers based in Maharashtra, Delhi and Goa are also under the agency's scanner, they said.

A special NCB team from Delhi, headed by deputy director (operations) K P S Malhotra, is camping in the western metropolis to take forward the probe.

The team also includes agency officers from Mumbai and has been constituted by NCB Director General Rakesh Asthana.

The agency filed a case under the Narcotic Drugs and Psychotropic Substances (NDPS) Act after the ED shared with it a report following the cloning of two mobile phones of Rhea.

According to the officials, the mobile phone chats and messages indicated procurement, transportation and consumption of drugs and these leads were shared by the ED with the NCB and the CBI.

Rajput was found dead at his duplex flat in Bandra on June 14.