Shortly after the firing started, a heavy contingent of police was called in and the surrounding area was cordoned off. 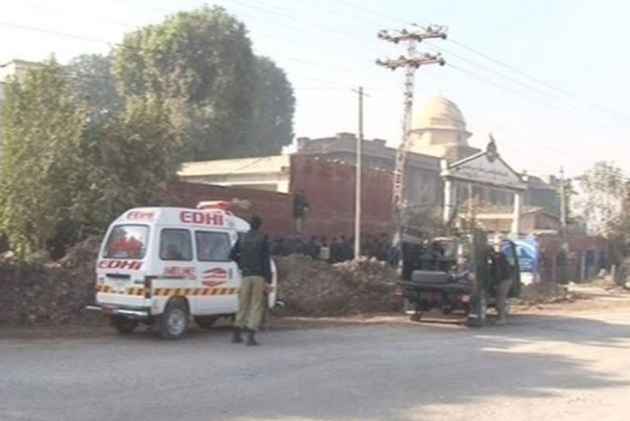 Five burqa-clad Taliban militants on Friday stormed an agriculture training institute in Pakistan's northwestern city of Peshawar and opened fire, killing at least 12 people, including students, and injuring 32 before being shot dead by security forces.

The militants, who arrived on an auto rickshaw, attacked the students' hostel of the Directorate of Agriculture Extension on the University Road in the city, the capital of the restive Khyber-Pakhtunkhwa province.

The institute was closed for the Eid-e-Milad holiday, but about 100 students were present in the hostel.

The Tehreek-i-Taliban Pakistan claimed responsibility for the attack.

Some unconfirmed media reports put the death toll at 12.

A senior police official said all the terrorists were killed by security forces after a gunfight which lasted for an hour.

Intermittent gunfire and blasts could be heard from inside the premises during the operation.

According to reports, one media person, three policemen were also among the injured.

Khyber Pakhtunkhwa IG Salahuddin Khan Mehsud said fortunately not many students were present inside the building due to the long weekend.

Peshawar, close to the Afghan border, has seen some of the worst violence during the Taliban insurgency in recent years.

In 2014 Taliban militants attacked an army-run school in Peshawar, leaving 141 people dead in one of the worst assaults in the country's recent history.