One of the main charges against Ritabrata was his obsessive interest in using high-tech and expensive electronic gadgets not compatible apparently with the lifestyle of a true-blue Communist. 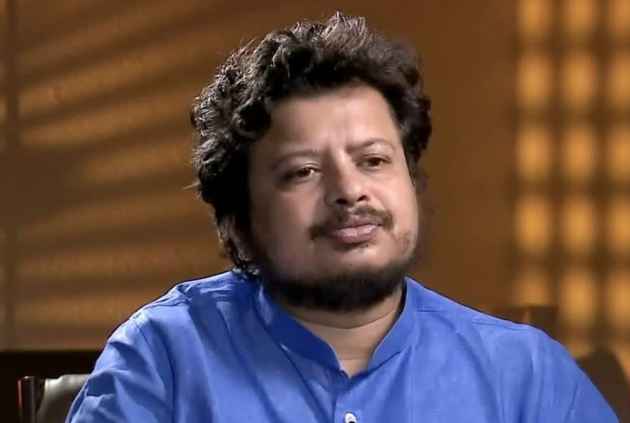 The Communist Party of India’s (Marxists) decision to suspend Rajya Sabha MP Ritabrata Banerjee for three months over his 'lavish lifestyle' has put the spotlight on a growing generational gap in the party.

The surprise suspension of the Rajya Sabha member has left many in the CPI(M) condemning the party's decision, while others maintain indifference true to the party's usual demeanor.

At the CPI(M) headquarters on Alimuddin Street in Calcutta, there is no gloominess nor, true to the famed stoicism of Communists’, any ‘happy vibe’ permeating the corridors of Calcutta’s grand old party.

Speaking to Outlook, an elderly comrade of Banerjee snaps nonchalantly: “We are obviously not overjoyed that we had to take the punitive decision but it was taken with adequate deliberation and we did what we needed to do.”

The reaction, which in the last couple of days oscillated between disbelief of the party cadres not in the know, to a sense of “just desert” as one leader called it, has now settled into a kind of decisive divide with party colleagues polarised. And that includes another celebrated former comrade who had, back in June 2008, met a similar fate to that of Banerjee, except much worse.

In an interview to Outlook, his only one since the suspension of Banerjee, former Lok Sabha Speaker Somnath Chatterjee said, “I am not happy at all with what has happened to Ritabrata. He is an asset to the party. His performance has been stellar. He is articulate and a good worker who has done well to represent his party at the national stage. He is young and dynamic. If the party felt that he needed to be disciplined, it could have been dealt with internally. After suspension, the next step is expulsion so it does not bode well for the party to lose someone like him who could have been cultivated as the future of the party. However since I am no longer a part of the CPI(M) my views do not represent the party’s.”

Turns out that there is no one single party view because as many as 13 state committee members of more than 85-member committee have subsequently expressed their disapproval of Ritabrata’s suspension.

Speaking to Outlook on condition of anonymity, a senior leader said, “I cannot openly speak because I will be equally questioned for “anti-party” activity but several of us are extremely annoyed and concerned with this decision.” This comrade further expressed surprise that information about the 13 state committee leaders opposed to Ritabrata’s expulsion had been leaked to Outlook.

Among those to have allegedly disapproved of the suspension are senior party leaders and state committee members Gautam Deb and Soumik Lahiri, though neither would confirm, nor deny this when Outlook contacted them.

One comrade, a supporter and friend, not amongst the thirteen though, claimed that “the CPI(M) is still a party of old patriarchs who do not want to see the younger generation come to the fore and Ritabrata was seen to be becoming too visible, promoting himself more on the national stage, than the party. The party old timers felt that he had begun to consider himself a star who was trying to outshine the party.”

He claims that he was suspended on charges that bordered on the “ridiculous”.

It was reported that one of the main charges against Ritabrata was his obsessive interest in using high-tech and expensive electronic gadgets not apparently compatible with the lifestyle of a true-blue Communist.

“In this day and age, who questions a young man who digs his technology?” scoffs the friend and supporter of, deliberately using, (in his own words), “un-Communist-like lingo”. And then he adds, for emphasis, “Who does that?”

Yet, the other charges that have been filed against Ritabrata within the party – as many as 56 to be exact – are not so innocuous.

One of the complaints against him is that of domestic violence and this allegation is from none other than his ex-wife Purba who is also a party colleague. He has also been accused of having extra-marital affairs with several women, one of whom is said to have accused him of going back on his promise of marrying her.

The party has taken strong exception to these allegations. “The three most unacceptable offenses as far as the Communist parties are concerned are economic offenses, sexual indiscretions and anti-party activities,” a party-insider revealed to Outlook.

“Ritabrata is being probed for at least two of these.” Among his “anti-party” activities, sources told Outlook, is the allegation that he periodically leaks party secrets to the press and discloses party information to political rivals, including a Trinamool MP, to whom he is supposedly close to.

A three-member enquiry committee, headed by senior politburo member and CPI(M) MP Mohammad Selim, has been set up by the party to probe into the charges. If he is found to be guilty he may face expulsion or less, after three months, he would be reinstated.

According to reports, while during the current three-month suspension, Ritabrata only faces an inner-party disciplinary enquiry, he had, on a previous occasion (pertaining to the charges of domestic violence brought on by his ex-wife) been at the receiving end of a police FIR and had been taken to court.

Born on November 15, 1978, Ritabrata studied in Calcutta’s South Point School and completed his Master’s Degree in English Honors from Calcutta University. Coming as he did from a family who have been described as “hardcore Leftists”, he had been an active student leader and joined mainstream politics during the time that Buddhadeb Bhattacharya was chief minister of Bengal.

“His love for expensive watches and other gadgets was not so obvious then and he was quite a darling of the leaders,” says a party insider. “It seems he acquired a taste for the good life later as his success grew and he became a national leader who was often seen on television making comments.”