Suzuki To Launch Intruder 150 On November 7 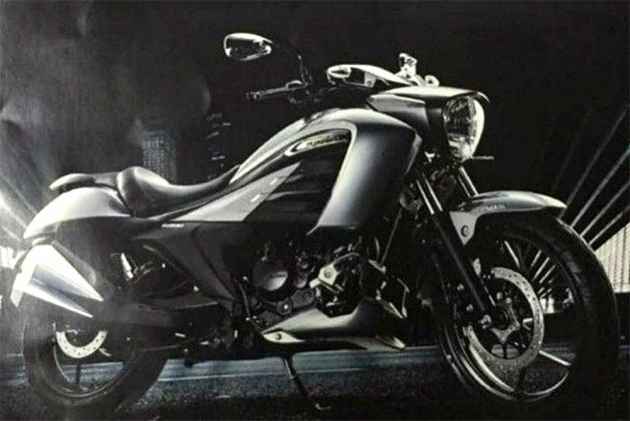 Suzuki has invited journalists for the launch of a new motorcycle on November 7, 2017. While the company has not revealed any details about the motorcycle, leaked online brochures reveal a small capacity cruiser called the Intruder. The cruiser’s styling looks inspired by the Suzuki Intruder M1800R. It has a large swooping fuel tank, flanked by equally large tank extensions. The round headlamp is enclosed inside a cowl and above that seems to be a cowl for the instrument console. The rider seat is heavily scooped out for a low seating posture and the pillion seat is a tiny unit with two grab rails on the sides. The twin-port exhaust unit, however, looks similar to the one found on the Suzuki Gixxer 150. From the pictures, it looks like the cruiser borrows other mechanical bits like the frame, alloy wheels, disc brakes and tyres from the Gixxer 150 as well. Even the front forks and rear monoshock dampers seem to be carried forward from the Gixxer 150. However, the suspension components may be revised to suit a cruiser’s dynamics. The cruiser might also get a single channel ABS from the Gixxer as an option.

The hidden air-cooled motor too seems to be borrowed from the Gixxer 150. On the Gixxer 150, it makes 14.8PS and 14Nm of torque. However, we expect the Intruder 150 might be tuned for more low-end performance. The gearbox is expected to be the Gixxer 150’s same 5-speed unit.