Swamy Says History Books Should Be Re-Written To Include Deendayal, Reiterates This Diwali Will Be Celebrated In Ayodhya

"The syllabus of history needs to be changed in order to accommodate our nation's perception of Hindu country," he said. 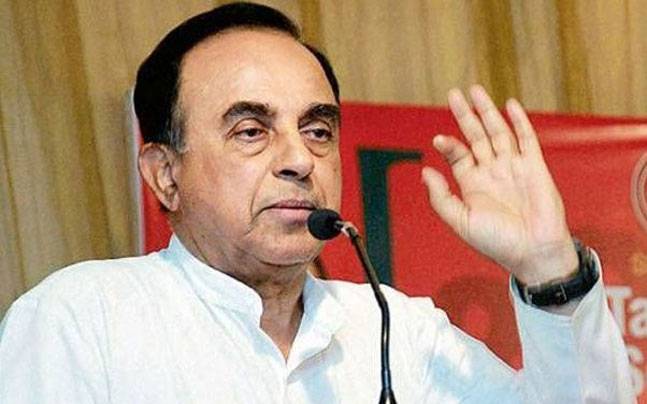 Senior BJP leader Subramanian Swamy on Saturday reiterated that they would celebrate Diwali this year in Ayodhya while adding that construction of Ram Mandir by October this year is destined.
"Lord Ram is a symbol of our nation's concept. We will celebrate Diwali this year in Ayodhya because we are expecting a verdict in our favour in the ongoing case. The legal proceedings have already begun and are well-supported by documents and evidence presented by us," Swamy said while addressing a seminar organised by Arundhati Vashishta Anusandhan Peeth (AVAP) in Delhi University, reported Mail Today.
Swamy emphasised on the case being solely a "land dispute" having no religious tenor to it.
"Ram Mandir-Babri Masjid argument is a land dispute, and not a religious dispute. In view of that, the SC will make a decision in our favour," said Swamy, adding that Islam does not prescribe to idol-worship, allowing relocation of Babri mosque, the report added.
At the same venue, Swamy said history books should be re-written to include Deendayal Upadhyaya, reported The Times of India.
"Indian history should be re-written. It is very sad that even after 70-years of Independence, our school and colleges are continuing the history of Greeks and Marx in its curriculum, but there is hardly any mention of Deendayal Upadhyaya and this should be changed," said the BJP leader.
"The syllabus of history needs to be changed in order to accommodate our nation's perception of Hindu country," he added.
Advocating promotion of Indian history in schools, Swamy said: "India has a rich tradition and history which has been ignored for years by the intellectuals, especially those who follow western philosophies. Indian history should be included in school education, which includes knowledge of Sanskrit. Every person coming from different states and speaking different languages should include Sanskrit words in their language while speaking and writing, to achieve good knowledge. Also, a separate book on Deendayal Upadhyaya should be introduced in the educational institutes."
Last year also, Swamy said construction of the proposed Ram Temple in Ayodhya would commence soon and it will be ready to receive devotees by next Diwali.
"Construction of the temple is likely to begin sooner than later. This week we will be celebrating Diwali and by next Diwali the Ram temple is likely to be ready to receive devotees," he had said.
(With PTI inputs)