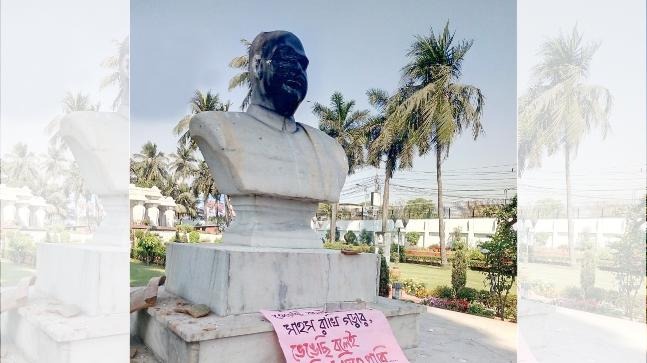 The statue was found partially damaged and its face blackened. A poster was also found from the spot with the word "radicals" written on it, they said.

The incident comes after two statues of communist icon Vladimir Lenin was pulled down in Tripura and one of Dravidian leader E V Ramaswamy, popularly known as Periyar, in Tamil Nadu.

The police have started an investigation into it.

Reacting to the incident, BJP national secretary Rahul Sinha said: "Whenever the Left goes out of power they take up such tricks. The communists are anti-nationals."