Ghosh, who was traing for the CWG, is set to be dropped from the national team. 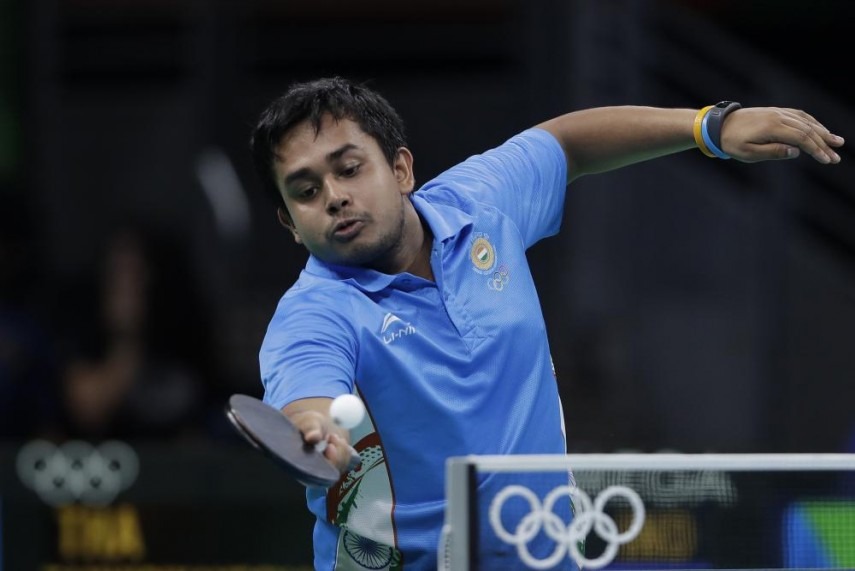 The West Bengal police is probing a complaint of an 18-year-old woman, who has accused national table tennis player and Olympian Soumyajit Ghosh of repeatedly raping her after promising to marry her, an official said today.

Ghosh, a part of the India squad for the Commonwealth Games and currently training in Germany for the April 4 to 15 CWG in Gold Coast, has admitted that he was in a relationship with the complainant, but denied the charges.

Table Tennis Federation of India (TTFI) Secretary MP Singh told PTI that Ghosh is set to be dropped from the national team.

"The charges are very serious against Ghosh. I have called an executive committee meeting tomorrow. In my opinion, we have no option but to suspend him pending further investigations. Sanil Shetty has been in the reserves and will be his replacement for the Gold Coast Games," Singh said.

The complaint was lodged at the Barasat women's police station in North 24 Parganas district, which has booked the 24-year-old Arjuna awardee under IPC sections for rape, criminal conspiracy, causing miscarriage without the woman's consent and cheating, the police said.

A senior West Bengal police officer said the woman, a resident of Barasat in North 24 Parganas district, has complained that Ghosh raped her several times over the past three years after promising to marry her.

The woman has also alleged that she was forced by the Olympian to undergo an abortion at his Bagha Jatin flat in south Kolkata, the officer said.

In her complaint, the woman claimed that they became friends on a social networking site in 2014 and the Olympian had promised to marry her after she turned 18, he said.

Barasat Additional Superintendent of Police Abhijit Banerjee said, "We received a complaint against table tennis player Soumyajit Ghosh yesterday and started a probe into it. The investigation is at a nascent stage and nothing much can be said about it as of now."

However Ghosh told PTI, "Whatever she is saying is false as I haven't done anything wrong, we were together but then I wanted to focus on my career so I told her 'it is very difficult to be with you'."

Claiming innocence, the paddler said the girl has been blackmailing him for money and the allegations were a ploy to ruin his career.

"After I broke things off with her, she started blackmailing me, my family and my friend circle. From the last one and a half year, she has been trying to threaten and blackmail us.

"I don't know what happened, I think this is part of a plan just before I am to leave for the Commonwealth Games. She is doing this to ruin my career," he said.

Ghosh, however, stated that he has not got any word from the TTFI on his impending suspension.

Talking to a private TV news channel from Germany, Ghosh said, "We both were very serious about the relationship. There was no hide and seek about it and the two families knew about it. I had even introduced her publicly as my fiancee after I received the Arjuna award in 2016."

He also alleged that the woman's family had been taking money from him and he has documents to support his claims.

The table tennis player's father Harishankar Ghosh admitted that the two were in a relationship, but claimed that "all the allegations are fake".

"We are ready to face any investigation," he said.

The Olympian's mother Meena Ghosh also claimed that the complainant's family had been taking money from the table tennis player.

"When he stopped giving them money they are trying to blackmail him and malign his image," she said.