Director general of police Shesh Paul Vaid, however, said Hussain hit himself on the head “out of frustration”. 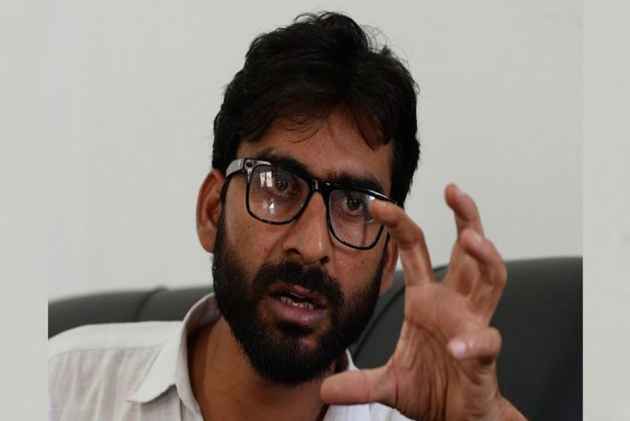 Talib Hussain, a prominent Gujjar activist who highlighted the rape and murder of an eight-year-old Kathua girl, has allegedly received head injuries in a lockup at the Samba police lockup.

Supreme Court lawyer Indira Jaisingh tweeted: “Talib Hussain - who was arrested last week - has been tortured in Samba police station while on police remand, skull broken, rushed to hospital in Samba, he is a key witness in the Kathua gang rape-murder case. This is unacceptable in a democracy.”

Talib Hussain - who was arrested last week - has been tortured in Samba police station while on police remand, skull broken, rushed to hospital in Samba, he is a key witness in the Kathua gang rape-murder case.

This is unacceptable in a democracy.

Director general of police Shesh Paul Vaid, however, told  Scroll that Hussain hit himself on the head “out of frustration”. He added that Hussain had only sustained scratches and was taken back to the Samba police station from hospital.

Last week, Hussain was arrested for allegedly raping a woman in Jammu and Kashmir's Samba district.

Hussain was arrested following a complaint lodged on Tuesday by a woman who is his relative. In her complaint, the woman alleged that she was raped by Hussain a month-and-a half ago in Chadwa forest, he said.

Hussain, armed with a knife, intercepted the woman when she had gone to the forest for grazing cattle and also thrashed her, the complaint said.

The complainant said she remained silent for so long as Hussain had threatened to kill her and that she told her husband about the rape on last Tuesday only, the police official said.

In June, Hussain's estranged wife registered a case against him for allegedly torturing her and demanding dowry, a charge, the activist said, "aimed at maligning him for raising his voice to seek justice for the Kathua rape and murder victim.

He was granted anticipatory bail by the Jammu and Kashmir High Court in the case.