Tampering With The Sanctity of 'Indian Heritage' Ram Setu Will Not Be Tolerated: Union Law Minister Ravi Shankar Prasad 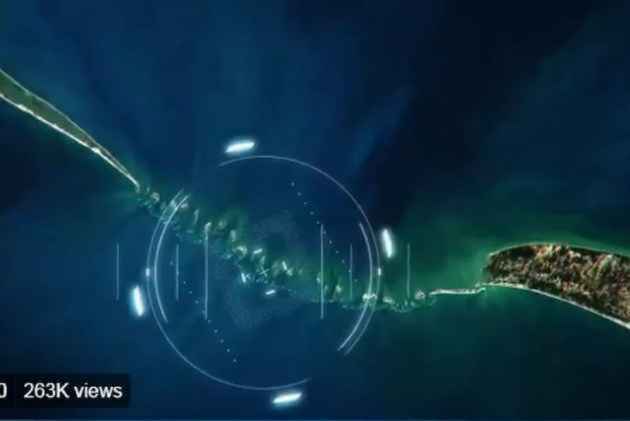 Union Law Minister Ravi Shankar Prasad on Wednesday called the Ram Setu as an important part of Indian heritage and said that nobody should meddle with it.

His reaction came after a US television show cited scientists to state that the Ram Setu, that connects India and Sri Lanka, is not a natural phenomenon, but is man-made.

Addressing the media outside the Parliament, Prasad welcomed this revelation and stated that nobody could tamper with Ram Setu.

"It came to our knowledge that Ram Setu is man-made and the stones are thousand years old..we welcome this revelation. But would like to say that there should not be any kind of meddling or tempering with the sanctity of Ram Setu as it is a very important part of Indian culture," he added.

Echoing similar sentiments, Minister of State for Home Affairs Kiren Rijiju said it is an answer to the people who did not believe that Ram Setu is man-made.

"It is an international research. And the people who said that there is nothing like Ram Setu and it is just an Adam's bridge, it is an answer to them," he said.

"It was revealed long back by NASA, and the Ram Setu photograph was shown by Nasa long back and we all believe in this," he added.

An American science channel on Tuesday restarted the debate on the Ram Setu, saying that there exists evidence suggesting that the bridge connecting India and Sri Lanka was man-made not natural.

Science Channel, as part of a promo for an upcoming show titled What on Earth, has interviewed an archaeologist who says, "The rocks on top of the sand actually pre-date the sand. So there is more to the story."

The Ram Setu, also known as Adam's Bridge, is wrapped in mystery and mythology.