Tata H5X Is Way Bigger Than Creta And Compass! 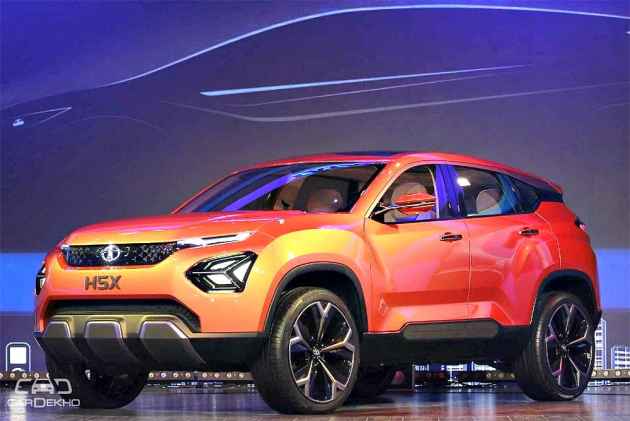 The Tata H5X is making all the right noises at Auto Expo 2018. Based on Land Rover’s famed D8 architecture, the H5X concept previews a future premium SUV from Tata Motors. No, the expensive platform won’t spike up its asking price, as it is expected to take on the Hyundai Creta (probably its top variants) as well as the Jeep Compass in terms of pricing. These two are certainly among the most popular SUVs in the market today.

But where the Tata H5X could potentially sweep its rivals off their feet is with its bigger dimensions. The H5X’s production model is likely to carry forward the same dimensions as the concept spec. It appears that the H5X will be way bigger than the Creta or even the Compass. In fact, at 4575mm in length, it is in the league of midsize SUVs such as the upcoming fifth-gen Honda CR-V and the Hyundai Tucson!

It seems like Tata is likely to go the Compass’ proven way, undercutting the midsize SUV segment heavily and eating a bit of the compact SUVs’ share too! Hence, it looks like the H5X is developed as a Jeep Compass killer and its base prices are expected to hover around Rs 15 lakh. Here’s how the H5X concept’s specs compare against some noteworthy SUVs.

A diesel has been confirmed for the Tata H5X and, perhaps, the SUV will be launched with a diesel engine first while the petrol could be introduced subsequently, like what Jeep did with the Compass. The engines in question could be the Compass’ motors, a 2.0-litre diesel and a 1.4-litre petrol, and it might also be manufactured at the Ranjangaon facility, where both the Nexon and Compass are also made.

If this turns out true, the production-spec H5X will be a Tata-badged SUV on a Land Rover platform and powered by a Fiat diesel engine!