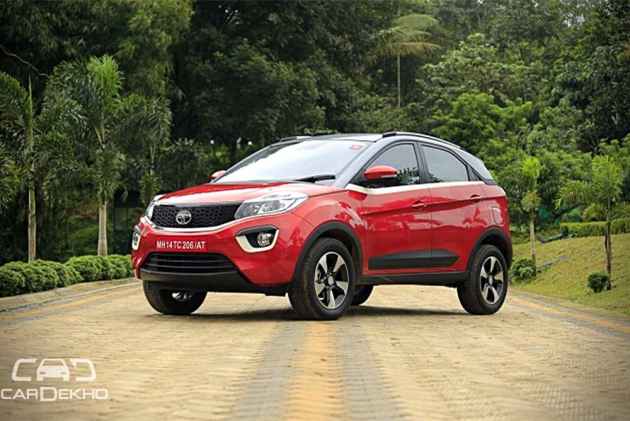 Tata is set to enter the sub-4m crossover/SUV territory with the Nexon on September 21, 2017. The Nexon will lock horns with popular compact SUVs like the Maruti Suzuki Vitara Brezza and the Ford EcoSport. Given that the Nexon isn’t a conventionally designed compact SUV, it will also have to prove its value against hatchback-based crossovers like the Honda WR-V and the Hyundai i20 Active.

Tata has commenced dispatches of the Nexon and you can head to a Tata showroom near you to get a feel of the car. Still need expert advice? Head to our first drive review for a detailed report.

Tata has revealed that there will be four variants on offer and the Nexon’s official feature-list (brochure) is also out (variant-wise features and brochure details of the Nexon are here). The base XE variant of the Tata Nexon appears bare-bones but gets basic safety features like dual front airbags and ABS. Drive modes - City, Eco and Sport - are also standard, which is good given that these actually enable you to use the engine’s potential better (head to our review for a better understanding). The Nexon is currently available with a manual transmission only (for both petrol and diesel), but we’re expecting Tata to add an AMT to the mix by the first quarter of CY 2018.

Tata must be having its eyes set on the Vitara Brezza, which is the compact SUV to beat, since it leads the pack on the sales chart. It’s also the most affordable, and given that the Nexon’s base variant isn’t too feature-loaded, we think Tata should be able to undercut the entry-level Brezza’s price of Rs 7.24 lakh (ex-showroom Delhi).

Brezza goes out of the equation when it comes to petrol power. The most affordable compact petrol SUV/crossover is the Hyundai i20 Active base, which costs Rs 6.69 lakh (ex-showroom Delhi). While there’s no official word on whether Tata will offer both the engines with all four variants, we think Tata might skip the base variant with the turbo-petrol motor and still remain in the hunt on the price chart.

Based on the level of equipment that the Nexon packs and the cars it competes against, here’s what we think Tata’s Nexon price list could look like at launch:

*If Tata launches the XE variant with the petrol engine. All expected prices are calculated as ex-showroom Delhi.