The limited edition trim gets nine new features, all of which add to its visual appeal 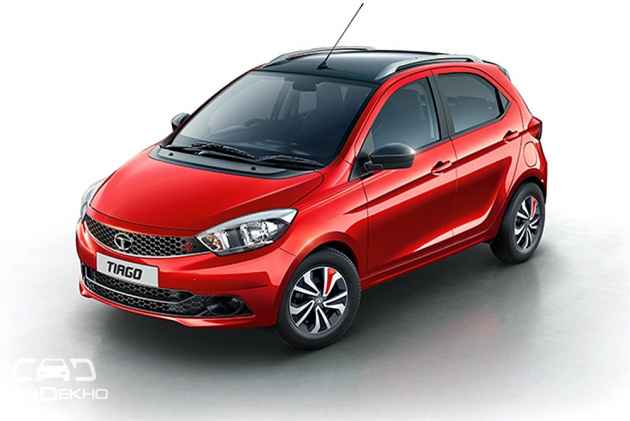 Tata Motors has launched a sportier looking version of its popular hatch, the Tiago, at Rs 4.52 lakh (ex-showroom, Delhi). Called the Tata Tiago Wizz, the hatch features a handful of changes enhancing the visual appeal of the Tiago. While the petrol Tiago Wizz is priced at Rs 4.52 lakh, the diesel variant costs Rs 5.30 lakh (both prices, ex-showroom Delhi).

The nine exciting features making way to the Tiago Wizz include contrast black roof and spoiler, dual-tone wheel cover with red accent, unique berry-red grille highlights, black contrast-coloured outside mirrors, sleek roof rails and a stylish blacked out B pillar. Additionally, the cabin of the Wizz is adorned with dual-tone interiors that flaunt a piano black finish and sporty red accents and a new, patterned seat fabric.

Buyers zeroing in on the XT variant of the Tiago should rather go for this Wizz trim as it costs only Rs 15,000 more over the XT trim and gives your car a unique identity.

The Tiago Wizz continues to deploy the same engines as seen on the standard Tiago. It gets a 1.2-litre Revotron petrol motor mustering 85PS of max power and a peak torque of 114Nm. The 1.05-litre Revotorq diesel pumps out 70PS of top power and generates 140Nm of max torque. Both the engines are mated to a 5-speed manual transmission. However, the AMT isn’t offered with the Wizz trim as of now.

With the onset of the festive season, Tata has done the right thing by bringing in a special edition of the Tiago and capitalise on its popularity. Every year during the festive period, many carmakers flood the market with limited editions of their cars to keep buyers engaged with the brand, and ultimately, interested in their cars. Stay tuned to know about the next special edition offering before the festivities begin.