Taxing Farm-Income: An Idea Whose Time Has Come

Two top economists with the government have suggested taxing farmers’ income. Five reasons why that shouldn't scare our politicians 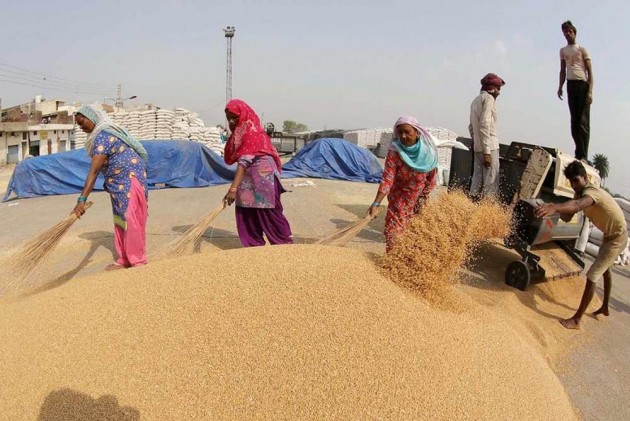 The right to tax is integral to any government. In fact, one of the fundamental features of any government is its power to tax. In India, this power remarkably extends to the lowest levels of government: local bodies. A gram panchayat is a (local) government because it also has -- among other powers – the authority to tax residents in its jurisdiction.

No government however has ever considered taxing farm income over fears that it could be politically unpopular and disastrous. That is a plain, unfounded fear. On the contrary, the social and financial gains could be huge. It is certainly not going to be like a moon-sized meteor hitting poor farmers.

At an event to mark the closure of India's last and 12th five-year plan, economist Bibek Debroy, a member of the government’s policy think-tank Niti Aayog  said last week said farmers should be taxed and the tax thresholds should be the same as that of other categories. He also said typical volatility in farm income should be taken into account. Debroy was referring to the fact that agricultural income is one, seasonal, and two, prone to weather shocks.

Debroy was articulating an idea whose time has come. The government’s chief economic adviser Arvind Subramanian backed the idea. Later, Finance Minister Arun Jaitley quickly clarified that the Centre did not have any plans to tax farm income and, in fact, only state governments have the powers to tax farmers.

Clause 82 of the Union List of the Seventh Schedule along with Article 246 of the Constitution empowers Parliament to legislate all taxes on income “other than agricultural income”.  It is Article 246(3) along with entry 46 in List II of the Seventh Schedule that vests powers on the states to make laws on tax on agricultural income. Six Indian states -- Tamil Nadu, Kerala, Assam, Bihar, Odisha and West Bengal -- have enacted laws on farm income but don’t invoke them.

The mere mention of taxing agriculture scares Indian politicians. That needn’t be. Here’s why:

Taxing the right farmer: Neither economist – Debroy nor Subramanian – was talking of taxing the so-called “small and marginal farmers” who form the majority of India’s 220-million farm households. India defines marginal farmers as those who typically do agriculture on 1 hectare of land or less. Small farmers are those who own between 1 and 2 hectares. They are undoubtedly poor and undertake a type of farming known as “subsistence agriculture”; an economics jargon to describe farmers so poor that they mostly consume and don’t trade what they grow. Those who own bigger farms are commercial farmers. Their equivalent of income in the urban sector is of course taxed.

Taxing the right farm income: According to economist Y.K. Alagh, farm income, interpreted liberally, does not just include income from selling farm produce but proceeds from rural agricultural assets, such as rent from land and farm equipment and infrastructure. This income is commercial in nature.

Farmers hardly gain: It’s a myth that by not taxing agricultural income, a farmer’s income is boosted. If farm income was to be taxed, India’s progressive taxation system – meaning the rich pay more tax than poor and progressively – in any case will leave out poor farmers. Only 0.04% of farm households, who own tracts of land sized 10 hectares or more, according to the National Sample Survey’s 70th round, would at best be taxed. India has one of the lowest tax-to-GDP ratios globally and just about 1% of its population pays income tax.

Who gains: The major beneficiaries of exempting farm income in India are typically farm companies and even film-stars. Actor Amitabh Bachchan for instance had declared his profession as that of a farmer in 2010 with regard to the purchase of land in Uttar Pradesh. That is technically correct because the land the actor had bought was farm land and put to farm use. Only that he, like any other farmer, would not need to pay tax on the farm-based income. An average of Rs 10,000 crore of income from farm sources a year qualifies for tax waiver, according to tax-exemption-filed figures of the income tax department last year. It’s not the poor haggard farmers but agriculture companies, from MNCs such as Monsanto to Kaveri Seeds, who are the biggest beneficiaries.

Peasant middle-class: India’s green revolution created powerful agrarian classes. The late Llyod Rudolph and the late Susanne Rudolph, well-known India scholars at Chicago University, noted that India’s agrarian policies have helped to create what they called “bullock capitalists”. According to data from the National Institute of Public Finance and Policy, the number of tractors for every 100 sq km has gone up from 50 in the 1980s to about 200 by 2008. This is one among many pointers to a changed agriculture sector.

If India starts taxing even the top 0.04% large farmer households as well as farm companies, at the top 30% threshold, then annual tax gains of up to Rs 50,000 crore can be achieved, according to a paper by the erstwhile Planning Commission. That is enough money to fund the entire rural job scheme NREGA for a year.