TDP and Congress are contesting the December seven polls in Telangana as part of the "grand alliance" which also comprises the CPI and Telangana Jana Samiti (TJS). 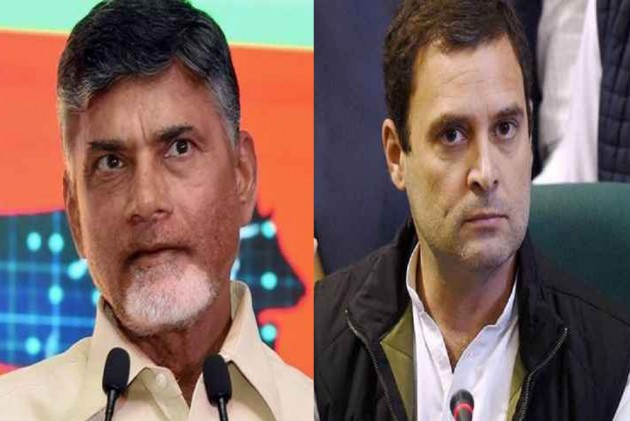 Naidu would take part in the electioneering along with Gandhi on November 28 and 29, the sources said.

Congress had been seeking to have an electoral understanding on various seats with Naidu's TDP, which was an ally of the ruling NDA, who had walked out of the ruling alliance some time ago over the issue of the Centre not granting special status to Andhra Pradesh.

TDP and Congress are contesting the December seven polls in Telangana as part of the "grand alliance" which also comprises the CPI and Telangana Jana Samiti (TJS).

Naidu, who has been making efforts to put together an anti-BJP front, had met Gandhi earlier this month.

Meanwhile, Congress has invited TDP and other alliance partners to attend the UPA Chairperson Sonia Gandhi's public meeting at Medchal on Friday.

The Telangana Legislative Assembly was prematurely dissolved on September six as per a recommendation made by the state cabinet. The Assembly polls were originally scheduled to be held along with Lok Sabha elections next year.