Two reasons: 1. There aren't very many of them in the NDA to start with. 2. And unfortunately for them and for the government, there is the prime minister’s insecurity. 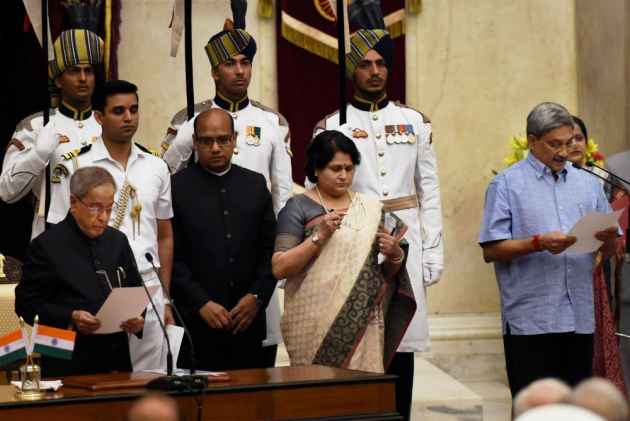 When India’s cabinet was sworn in about six months ago, two important portfolios were given to one man. Arun Jaitley held both defence and finance, two of the four jobs considered most important in the union government (the other two being home and external affairs). On the day he took office, Jaitley said he would only hold the defence portfolio for a few weeks, till someone else came along. At the time it was being speculated that this someone could be the former journalist Arun Shourie. Whoever was on the prime minister’s mind, that person did not come along and May has turned to November.

It is for this reason that Goa’s chief minister, one of the Bharatiya Janata Party’s best minds Manohar Parrikar, has now been brought into the cabinet.

The question is why get a chief minister, particularly one who is seen as very competent, to leave his job and move to Delhi? Why bring an outsider when there are over 300 Lok Sabha MPs and Rajya Sabha MPs available to Modi to choose from? And if Parrikar is the man Jaitley was keeping the seat warm for, why not bring him in earlier? Clearly someone else was in mind who did not work out for Modi.

In my opinion there are two reasons why this problem of a shortage of talent has come about.

The first problem is a general one. Any strong ideology, especially one like Hindutva which is based on anger and resentment against real or perceived injustices, will attract a certain sort of person. We must not expect those who gravitate towards the writings of such people as Guruji Golwalkar and Veer Savarkar and Deendayal Upadhyay to be subtle in their thinking. It requires people who believe in a black and white to buy into such strong ideology.

The Congress is no longer an ideological party and that is why, with only 200 seats, it had many more capable leaders than the BJP with 280. Not because they are a better party, but because they tend to attract better talent at the top. 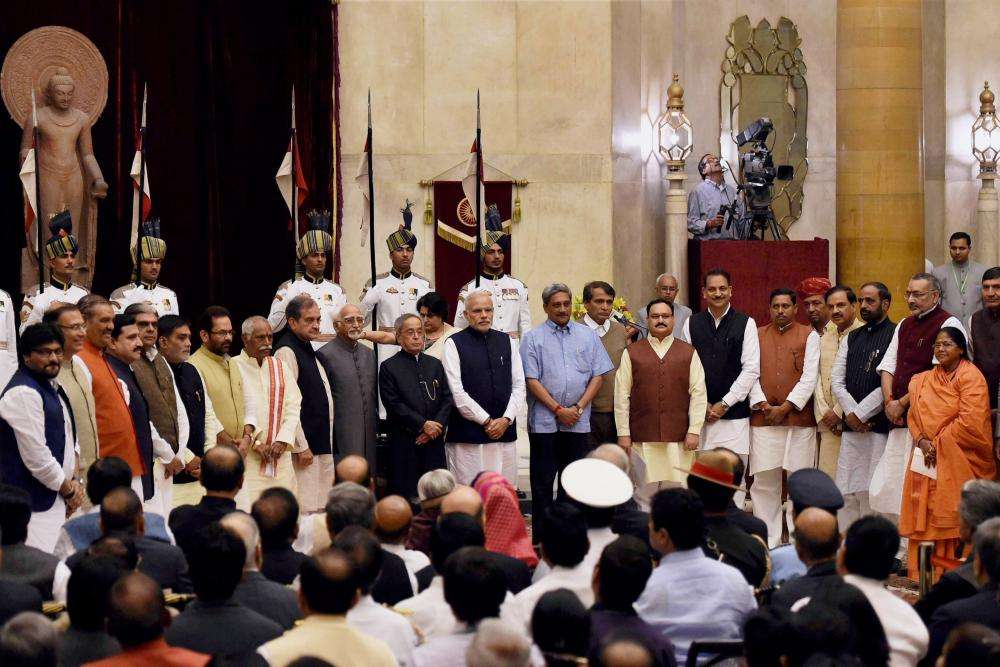 There are of course BJP leaders who show suppleness and pragmatism in their thinking (like Jaitley and Parrikar), but they tend to be less ideological and more flexible on Hindutva issues. Exactly the same situation is to be found in the other Hindutva party, Shiv Sena. Its one sober leader, Suresh Prabhu has been poached by Modi and all three men are exceptions in an otherwise ideological environment.

The second problem is a more specific one. It has to do with the prime minister’s insecurity. He does have some talented and experienced people on his bench but he chooses not to use them. The excuse used is either that they are too old (LK Advani and Murli Manohar Joshi, both of whom are in the Lok Sabha but with no work) or that they are too young (Varun Gandhi, who is ambitious and smart, and angling for more responsibility). The real reason these people are kept out is that they threaten Modi and he would rather not deal with them in the Cabinet.

He did exactly the same thing in Gujarat as chief minister where experienced leaders like Keshubhai Patel and Kashiram Rana, along with their supporters, were kept out of power.

But there is a hurdle in replicating in Delhi what he could in Gujarat.

In running the Gujarat government, as with any state government in India, Modi’s focus was mainly on governance. That is to say, executing policies that were for the most part sent down from the centre. Legislation is not a big part of the chief minister’s work, since the centre keeps most of the power with itself. When the Vajpayee government opened up the power sector to private companies, Modi was excellent at implementing it in Gujarat, which has a power surplus, mainly from private generation.

In doing this work he empowered a team of bureaucrats who handled the work of the ministries, undercutting the politicians who were the ministers. There were only two ministers who had real responsibility (Saurabh Patel, who ran the ministries concerned with the economy and Amit Shah, who was deputy home minister). Neither man was given cabinet rank for a decade so that they understood that their work had to be supervised by Modi through the bureaucrats.

After his move to Delhi, the nature of the work has changed. Modi must focus on legislation and policy and not so much implementation. This has disrupted his model. He has tried to exert control by giving much of the work, as in Gujarat, to a few ministers he trusts, like Piyush Goel and Nirmala Sitharaman. They manage portfolios like energy and commerce and industry, that are Modi favourites.

But the main function of the union government is policy and lawmaking. This is not the domain of bureaucrats, who tend to be implementers.

In managing this new function, Modi needs to bring in very bright people, of whom he does not have many in his party. And, unfortunately for them and for the government, those he has he does not want.