Technology innovation key to keep up with pace of national development: MoS Railways 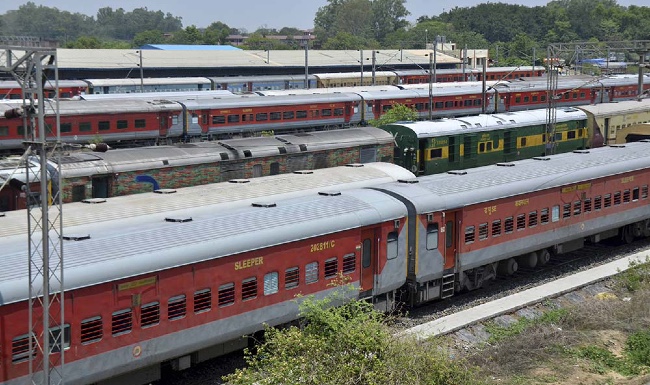 Minister of State for Railways and Textiles, Darshana Jardosh on Thursday inaugurated the 14th International Railway Equipment Exhibition here and said technology innovation is the key to keep up with the pace of national development.

She also said the Indian Railways is the fourth largest network in the world, and that it is the lifeline of the country's socio-economic growth and provides a large scale of formal and informal employment.

“Railways is in the process of identifying new dedicated freight corridors, high speed rail corridors, and assess rolling stock and locomotive requirements. Adapting and technology innovation is the key to keep up with the pace of national development which translates to the vision of Indian Railways as the global leader,” the minister said addressing the inaugural event.

She said 400 stations will be developed through the PPP (Public-Private Partnership) model under the modern concession agreement. The minister added that the railway ministry's focus is to improve passenger experience by creating world class railway stations. Bhopal and Gandhinagar have been developed as world class stations and more will come, she said.

The MoS along with other dignitaries also released a coffee table book on green stations. Dipankar Ghosh from the Confedration of Indian Industries (CII) said it is the largest exhibition in Asia where almost 200 companies are participating.

Railway Board chairman Suneet Sharma said a large amount of work is being done in various areas of the railways. “We have to keep pace, move forward and that is what railways has been doing. This year, the Indian railways is doing 20 per cent more traffic than last year, and 10 per cent more than even pre-Covid times. The main focus of the department is to create capacity and synergise with other modes of transport,” he said.

The official further said railways made large contributions in difficult times such as the COVID-19 pandemic. The railways ferried migrants during the pandemic and during the second wave, it ran oxygen special trains, something which the department did for the first time, he said.  “It was a difficult and challenging time for railways. Now we are gearing up for new challenges,” Sharma added.