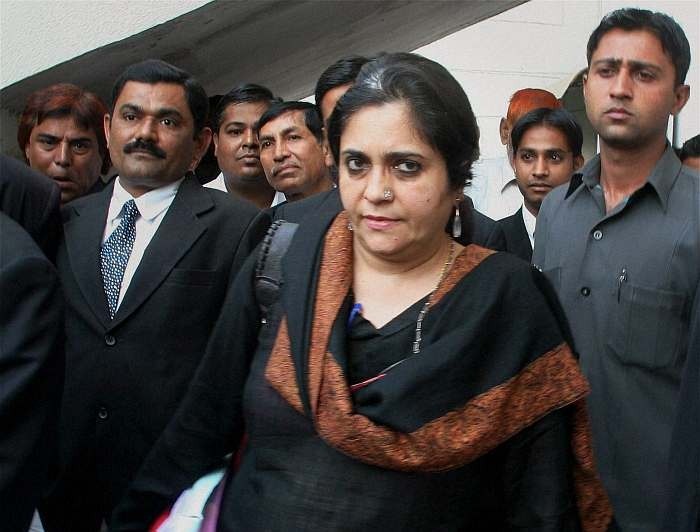 Social activist Teesta Setalvad and her husband Javed Anand today appeared before the city Crime Branch to record their statements in a case of alleged misappropriation of funds received by her NGO from the Union HRD Ministry between 2010 and 2013.

The couple also submitted some documents as demanded by the Crime Branch for the purpose of probe, he said.

"We recorded their statements today. While they have submitted some documents, they assured that remaining documents will be given later. We may call them again if needed," said Rajput.

When asked if the Crime Branch would probe Congress leader Kapil Sibal's role in the case (as he was the Union HRD minister at the relevant time), Rajput said they have not found any involvement of the Congress leader so far.

Yesterday, the Bombay High Court, while allowing Setalvad and Anand's `transit anticipatory bail' plea, had asked them to appear before the Ahmedabad Crime Branch today.

The Crime Branch registered a complaint against Setalvad and Anand last month, alleging that they used fraudulent means to secure funds of Rs 1.4 crore from the Union Human Resource Development Ministry between 2010 and 2013 through their NGO Sabrang Trust.

The FIR was registered on the basis of a complaint filed by Setalvad's former associate, Raees Khan Pathan.