The railway authorities have reported that at least 337 headphones were stolen, many LED screens were scratched... 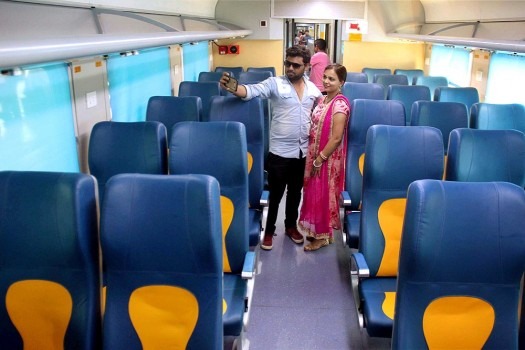 Just a week after Suresh Prabhu's hi-tech Railway dream Tejas went on track, comes a piece of news that puts across the question Do Indians deserve it?

The railway authorities have reported that at least 337 headphones were stolen, many LED screens were scratched, attempts were made to yank off the screen and litter spilled over compartments. It leads to an age-old concern: are the Indian passengers ready to take the leap forward to make the railway scene 'Swachh' and 'world-class'?

After the theft complaint, many passengers on its Wednesday journey from Mumbai to Goa had complained that they weren't provided headphones at all, according to an Economic Times report. The situation is such that the Indian Railway Catering and Tourism Corporation (IRCTC) had to replace the existing Rs 200 worth headphones with a cheaper version costing Rs 30.

Tough road ahead for railways

The lack of civic sense in majority of Indians is nothing new.  When India got its first world class Metro Rail service in Delhi, the authorities had a tough time disciplining pan-chewing, squat-prone, queue-hating Delhiites. It took express penalty to drive home the message of cleanliness.

Theft cases aren't new either. There have been cases when people are caught stealing taps, seat covers, soap basins, even the fans from the general coaches. So much so that mugs in latrines are kept chained to taps to prevent theft.