Rao was unable to accept that his only daughter had married a Dalit and was also expecting a child. 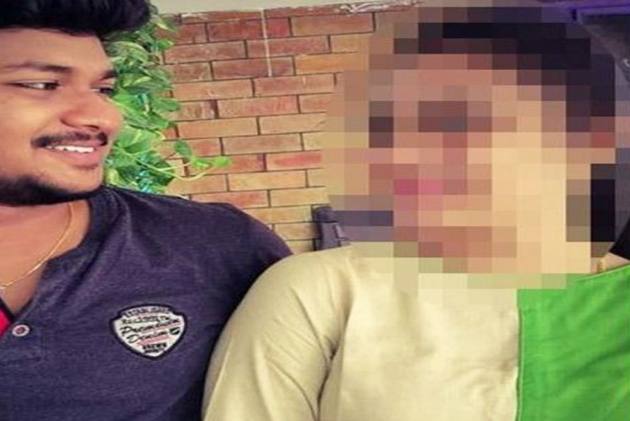 The killing of the 23-year-old P Pranay Kumar, who had married an upper caste woman Amrutha Varshini, at Miryalguda in Nalgonda district on September 14 had sparked an outrage in the state.

According to the Indian Express report, the couple wanted to start a small farm with a polyhouse and had dreamed of bringing up their child without caste prejudices.

“We dreamt of bringing up our child without caste attached. I will fight for that kind of a society on behalf of Pranay. Pranay’s gift to me is growing inside me. I am even more determined to raise my child as a crusader against caste prejudices,” Indian Express quoted Amrutha Varshini as saying.

Amrutha's father Maruti Rao, who she had accused of being behind her husband's murder along with her uncle Shravan, was among those arrested in what turned out to be a case of contract killing of Rs 1 crore, Nalgonda police chief A V Ranganath told reporters.

Maruti Rao, who was opposed to the marriage of his daughter, conspired with other accused to eliminate Kumar and also paid an advance of Rs 15 lakh, he said.

Shocking CCTV footage of the incident showed Kumar walking out of a hospital in Miryalguda with his pregnant wife when the assailant, who was later identified as Subhash Kumar Sharma, paced up and attacked him with a machete from behind, killing him instantaneously.

Amrutha, from 'vaishya' community, had claimed Monday her father and uncle were behind the attack as they strongly disapproved of her marrying a Dalit Christian. Sharma, who attacked Pranay, was apprehended from Samastipur in Bihar and is being brought to Nalgonda on a transit warrant, the SP said.

Asghar Ali and Abdul Bari, who were acquitted in the murder of Haren Pandya, hail from Nalgonda.

"Ali was earlier arrested in Haren Pandya murder case. He was convicted by a lower court but acquitted by the high court. Ali is involved in several other cases also. Bari was
also an accused in the murder case of Pandya," the officer said.

Pranay and Amrutha, who were in love since their school days, got married in January this year.

The incident had triggered protests by some Dalit groups in Nalgonda.

Amrutha, who claimed her father insisted on her ending the marriage, said she will give birth to Pranay's child and ensure justice is done to him. She has also refused to return to her paternal home.

The SP said Maruthi Rao pressured his daughter to get the foetus aborted but failed.

Rao had recently joined the TRS, while another accused Abdul Kareem, a transport operator, is a local Congress leader. Bari is an AIMIM worker, the officer said.