Rama Rao, son of TRS president and caretaker Chief Minister K Chandrasekhar Rao, said the party would make efforts to strengthen the federal structure after the declaration of election results. 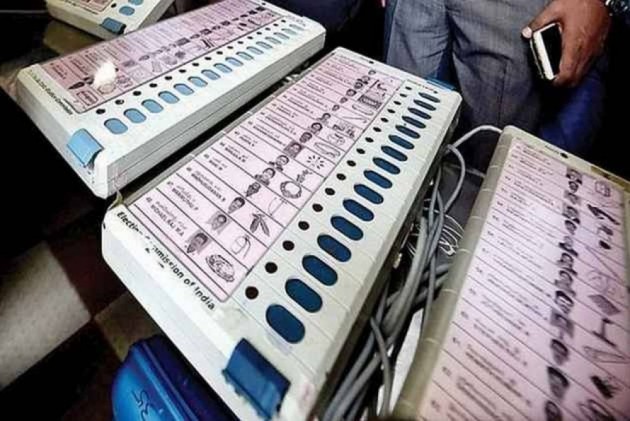 Rama Rao, son of TRS president and caretaker Chief Minister K Chandrasekhar Rao, said the party would make efforts to strengthen the federal structure after the declaration of election results.

Expressed confidence that they would win the Assembly polls scheduled for December 7, the TRS leader said, "I didn't want to jump the gun. Our focus is on state politics till December 11. After 11th, we will start talking about our efforts to gather more like-minded parties across the country. We had already started earlier."

He asserted that even before Andhra Pradesh Chief Minister N Chandrababu Naidu and others "woke up from sleep", it was the TRS president who started efforts to forge an alternative platform to the Congress and the Bharatiya Janata Party (BJP).

The TRS' idea is that states should be strengthened further in a federal system and that the Centre should decentralise its powers more, Rama Rao told reporters here.

"Our idea is not to take power in 2019 by bringing in some people together... We are moving ahead with an inspirational thought that this country should improve. Both the Congress and the BJP have failed in this issue. We have no second thought about this."

Rao was replying to a query on criticism that the TRS was soft in pressing for the implementation of promises made in the Andhra Pradesh Reorganisation Act.

Denying that the TRS has adopted any soft stance, he said the TRS do not fear the BJP, Congress, TDP or their top leaders.

The TRS government made efforts to realise the promises mentioned in the state reorganisation act, but the NDA government did not respond adequately, he alleged.

Accusing the NDA government of letting the country down, Rama Rao said there was no need for the TRS to have a soft corner towards the BJP and it was making efforts to ensure that the saffron party faces a rout in the state.

Both the Congress and the BJP have failed the state, he added.

Dismissing criticism that Chandrasekhar Rao was not accessible to public representatives and common people, he said the job of the chief minister was to do planning and visioning, and entrust the responsibility of execution to officials.

Rama Rao said he would take political 'sanyas' (renunciation) if the TRS failed to come to power on its own. "Does any of the leaders who claim to be coming to power have the courage to accept this challenge?"

To a query on why the TRS chose to dissolve the Assembly prematurely, he said the Assembly could be dissolved if the state cabinet takes a decision as per a right given under the Constitution.

Several leaders, including Atal Bihari Vajpayee, N Chandrababu Naidu and Narendra Modi, exercised that option and had gone for polls ahead of schedule.

"The Congress, BJP, Telugu Desam, every party, every government exercised that facility on some occasion. The TRS government took a decision using the same facility, same Constitution. We feel the decision we took is correct.

"We are accountable to the people and we are answering the people... People will give verdict if they feel our decision is right," he said.

Rama Rao said he do not aspire to become chief minister and wished to see Chandrasekhar Rao continue in power for steering the state in a proper direction.

Elections to the Telangana assembly will be held on December 7, and the last date for filing of nominations is November 19.