Will Provide All Assistance To Family Of Indian Killed In Kansas: MEA Sushma Swaraj 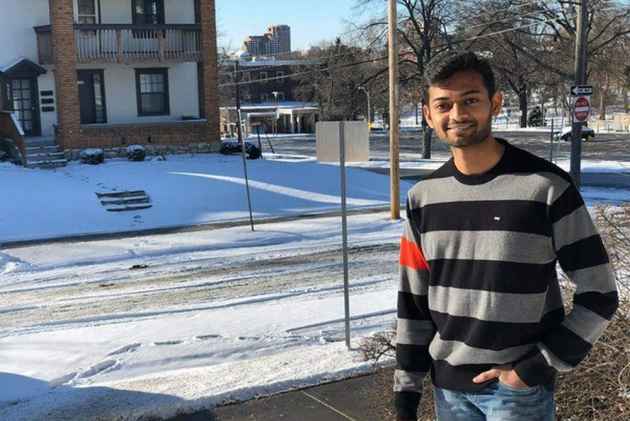 External Affairs Minister Sushma Swaraj today condoled the death of an Indian student during an attempted robbery in Kansas City in the US and assured all required assistance to the family of the deceased.

According to authorities in Kansas, Sharath Koppu, who hails from Telangana, was fatally shot during a suspected incident of robbery at a restaurant where he worked. He died shortly after being taken to a hospital on Friday.

"Kansas incident - My heartfelt condolences to the bereaved family. We will follow this up with the Police and provide all assistance to the family," Swaraj tweeted.

A 26-year-old student from Telangana was killed after unknown persons opened fire at a restaurant in Kansas City.

The victim, Sharath Koppu,  was a student of the University of Missouri-Kansas City or UMKC.

The Kansas Police announced a reward of USD 10,000 for providing information about the suspect in regard to the robbery and murder of an Indian-origin student from Telangana, in the Kansas City.

The police released a cctv footage on their Twitter handle, where the suspected murderer can be seen.

"Looking for this suspect in the robbery & murder of 25-y.o. Sharath Kopuu at 5412 Prospect last night. Sharath was from India and is a student at UMKC. $10,000 reward for info leading to charges in this (& every KCMO murder)," the Police tweeted.

The victim's cousin told ANI that a group of unidentified miscreants opened fire at a restaurant in Kansas, during which Sharath received five bullet injuries.

Although Sharath was immediately shifted to a hospital in the vicinity, his cousin said the victim succumbed to his injuries.

"My cousin (Sharath Koppu) moved to the USA in January this year, after he received a full scholarship to study at the University of Missouri-Kansas City. Last night, we got to know that he was brutally killed by gunshots fired by unknown people around 8 pm (USA time). This is a very sad day for all of us," said the victim's cousin, Sandeep Vemulakonda.

Sandeep urged External Affairs Minister Sushma Swaraj to look into the matter and nab the culprit.

He also requested the Indian Embassy in the USA to send Sharath's body to Hyderabad for
the last rites. (ANI)