The Congress said the charges made by the RSS linked weekly are ‘serious and cannot be ignored’. 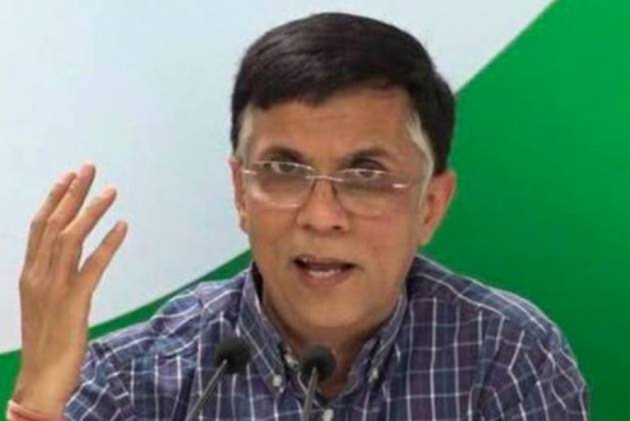 A day after RSS-linked weekly "Panchjanya" dubbed Amazon as "East India Company 2.0", the Congress on Monday said whatever the Sangh says is “irrelevant”.

Congress spokesperson Pawan Khera said the allegations against the US e-commerce company are “serious and cannot be ignored”.

"The issue of Amazon is a serious one and it merits everybody's attention. The allegations against Amazon are very serious and they cannot be ignored," he said.

Asked about the comments of the Rashtriya Swayamsevak Sangh (RSS), Khera said, "What the RSS says about Amazon is irrelevant because there is a duet going on between the RSS and the BJP.

"We have seen that duet and they stand exposed in the farmers' agitation. We have seen the dubious role played by the Bharatiya Kisan Sangh as it has not come in support of the farmers even for one day in the last 10 months."

The Congress leader said "nobody takes what the RSS says seriously anymore, because they do not speak the language in national interest, they talk in the interest of the BJP."

Amazon was dubbed as "East India Company 2.0" by "Panchjanya", which has also alleged that the firm has paid crores of rupees in bribes for favourable government policies.

In its latest edition, which will hit the stands on October 3, the RSS-linked weekly has carried a cover story that is highly critical of Amazon.

Claiming that Amazon wants to establish its monopoly in the Indian market, it says, "For doing so, it has started taking initiatives for seizing the economic, political and personal freedom of the Indian citizens." (With PTI inputs)