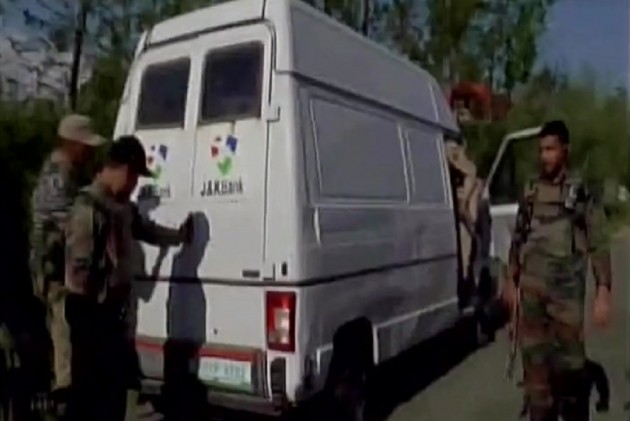 Five policemen and two Jammu & Kashmir bank officials were killed in a terror attack in south Kashmir district of Kulgam on Monday afternoon, a police official said. The official said that the militants attacked a bank van and decamped with SLR rifles. A manhunt has been launched by the police and the security agencies to nab the militants.
Earlier in the day, two security personnel were killed and their bodies mutilated by a Pakistan army team which sneaked about 250 metres into Indian territory along the Line of Control (LoC) in Poonch district of Jammu and Kashmir.