Congress spokesperson Randeep Surjewala said it was "time to move words into action as Pakistan still receives 743 million dollar annual US aid, collaborates with China on CPEC and buys arms from Russia." 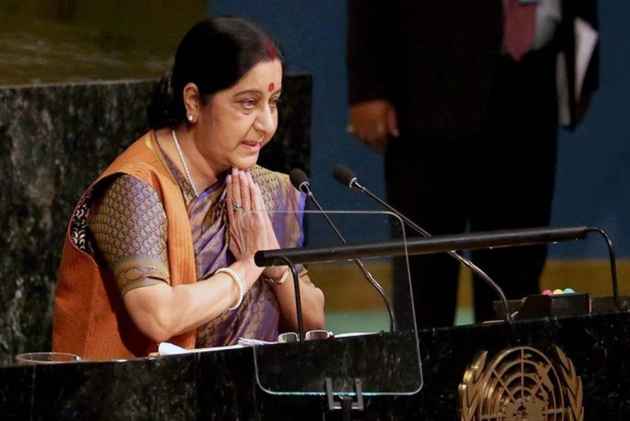 The Congress party has welcomed external affairs minister Sushma Swaraj's address at the 72nd Session of the United Nations General Assembly (UNGA) and praised her for replying to "those who ask what happened in the last 70 years".

"Befitting reply to those who ask what happened in last 70 years. Sushma Swaraj mirrored the yeoman's progress made by India under Congress rule, making 'inclusive growth & progress' as India's mantra," said Surjewala in a series of tweets.

The Congress leader further said it was "time to move words into action as Pakistan still receives 743 million dollar annual US aid, collaborates with China on CPEC and buys arms from Russia."

Earlier, Sushma ripped apart Pakistan at UNGA in New York stating that "India has risen despite being the principal destination of Pakistan's nefarious export of terrorism.

"There have been many governments under many parties during 70 years of Indian freedom, for we have been a sustained democracy. Every government has done its bit for India's development. We have marched ahead consistently without pause, in education, health and across the range of human welfare. We established scientific and technical institutions which are the pride of the world," Swaraj said.

She also questioned as to what has Pakistan offered to the world and to its own people apart from terrorism?

Swaraj also hit out at Pakistan's Prime Minister Shahid Khakan Abbasi, saying that that the latter wasted too much of his speech in making accusations against India.