Satheesan said Tharoor, on Monday, gave a reply to a letter which he sent to him attaching the study report prepared by the UDF about the project and also detailing the concerns raised by them regarding that. 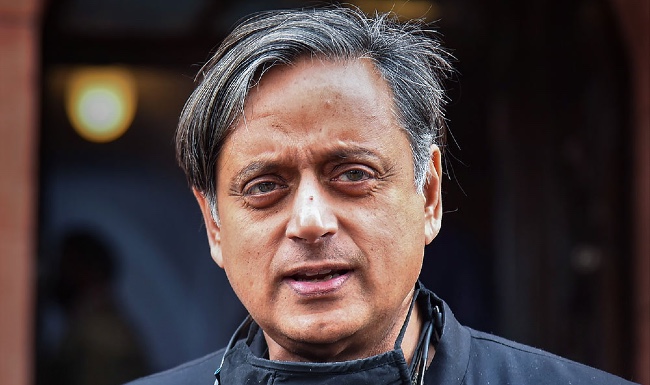 Days after KPCC chief K Sudhakaran had sent a strong warning to Shashi Tharoor over his contradictory stand on the LDF government's Silver Line Rail Corridor project, Leader of Opposition in the state Assembly V D Satheesan on Tuesday came out supporting the Member of Parliament saying he is now convinced about the concerns raised by the party-led UDF about the multi-crore mammoth initiative.

What Tharoor had said earlier that he was yet to study about the rail corridor and now it seems that he is convinced about our stand, he told reporters here.

"In the letter, he said the questions raised by the UDF are relevant and this was the same which he also wanted to ask. Tharoor also made it clear that he has never taken a supportive stand for the project," the LoP said.

The party has the responsibility to make a person convince a matter, if he says that he does not understand it and the letter was sent for that purpose, he said.

There was no point in saying that Tharoor adopted a contradictory opinion about the Silver Line, Sateesan said adding that as a Congress MP, Tharoor can no longer take a different position but can only stand along with the UDF.

However, former KPCC chief Mullappally Ramachandran continued to criticise Tharoor for his reported supportive stand for the mega infrastructure project and his frequent praise for Chief Minister Pinarayi Vijayan.

He said the Indian National Congress was an organisation which has always upheld party discipline. The former union minister also reminded Tharoor that his position as an MP was the result of relentless hard work by hundreds of Congress activists and so he should not say his opinion forgetting his party and its caders.

"Tharoor is a Member of Parliament and a respected leader. So, it is the All India Congress Committee which should take action in this matter. It is inevitable for the AICC to intervene in the issue and take steps to restrain him," Ramachandran said.

Discontent has been brewing in the state unit of Congress for some time against Tharoor's reluctance to sign a letter prepared by the MPs from the party-led UDF to the Centre against the state government's semi-high speed rail corridor and his recent open praise of Chief Minister Pinarayi Vijayan for his "investment-friendly" initiatives.

Responding to criticism by his party colleagues, Tharoor had tweeted that on some issues it is necessary to put political differences aside. He had also said that he would reveal his opinion on the Silver Line project after studying it.

Kerala PCC (KPCC) president K Sudhakaran on Sunday said that no one, including Tharoor, in the party has the authority to oppose its directions, and warned the latter that he will be removed from the party if he does not fall in line with its decisions.

"Shashi Tharoor is only a single man in the party. One Shashi Tharoor is not the Congress. If he falls in line with the party decision, he will remain a part of it and if not, then he will be out," he had said.