The World Cup remains the only time where football transcends the affluent, urban demographic that follow the European leagues in India. 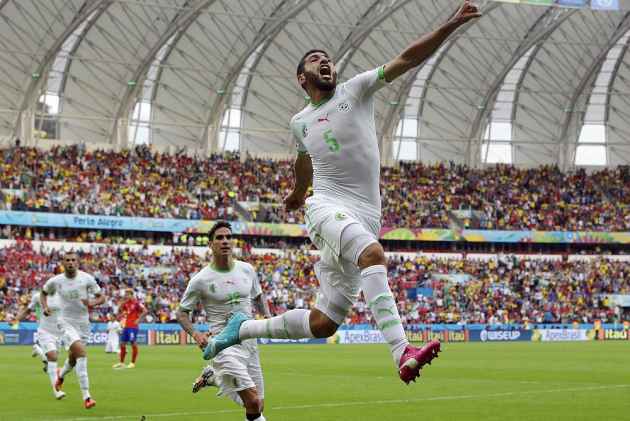 Every weekend, any Indian football fan with a cable or DTH connection is confronted with stark confirmation that consumer capitalism means near-unlimited choice. Apart from the ubiquitous English Premier League, we are offered live action from the Spanish, Italian, French, German, Dutch and Scottish leagues, plus the English second division (misleadingly called the “Championship”). Games that are not telecast in England—due to restrictions designed to encourage fans to attend matches live—are broadcast in India with commentary in your choice of Hindi or English.

Yet for all this surfeit of European football, India remains a one-sport country. The broadcasting choices of Star Sports indicate that unless Manchester United or Arsenal are playing, Indian viewers tend to prefer cricket re-runs (as long as India won the match, of course) to live football. The World Cup remains the only time where football transcends the affluent, urban demographic that follow the European leagues. It is only at World Cup time, for instance, that Indian newspapers—both in English and in the vernacular—have any serious or detailed coverage of the sport.

To European and Latin American fans, the World Cup has arguably never been less important. The standard of play is generally acknowledged to be lower than that of the UEFA Champions League, and a series of corruption scandals at FIFA, most notably around its decision to award the 2022 World Cup to Qatar, have diminished the World Cup’s prestige and glamour. Even in Brazil, a country that is thought of as being synonymous with football, the tournament is polarizing, widely seen as a waste of public money in a poor and unequal society. None of this seems to have affected Indian interest in the tournament: Sony Six, the broadcasters, were probably not far off when they estimated that 125 million Indians would tune in at some point.

India’s enduring—and growing—fascination with the World Cup is best understood, in historical terms, as having three phases. In the first phase, roughly from 1950 to 1978, Indians followed the World Cup in newsprint or on the radio. The 1958 World Cup was the first to be broadcast, but only to a Swedish audience. From 1962 onwards, the tournament was shown to a “global” audience that did not include India. This period was a Golden Age both for the World Cup and for Indian football. In an era where the best Latin American players tended to play their league football at home, the World Cup represented the pinnacle of football in terms of both prestige and the quality of play. The stars that emerged at these tournaments—Puskas, Didi, Garrincha, Beckenbauer, Cruyff and above all Pele—were household names in India, a country that during the 1960s had a claim to being Asia’s strongest team. Unfortunately, the regard Indian fans had for the World Cup was not shared by the All India Football Federation. When all our qualifying opponents withdrew in 1950, handing India a World Cup place by default, AIFF declined the place, in light of the expense involved in travelling to Brazil. The belief that India refused to play because FIFA insisted on us wearing football boots is, according to Novy Kapadia’s new history of the World Cup, “a self-perpetuating myth.”

AIFF’s decision to prioritize the Olympics over the World Cup retarded the development of Indian football in the long run—India did not attempt to qualify for another World Cup until 1986. For the Indian fan, however, the second phase of our relationship to the World Cup began with Spain 1982, the first tournament to be televised live in India. To read about Pele and Beckenbauer, or hear their skills described on the radio, was one thing: to watch Zico and Socrates in colour television quite another. For Indians, the 1982 World Cup was transformative in two fundamental ways. First, it highlighted the unbridgeable gap between Indian footballers and the European and Latin American elite players—the realization of this gap has suppressed fan interest and appreciation for Indian clubs ever since. Secondly, it implanted the idea of Brazil as representing football at its joyous, flowing, best. 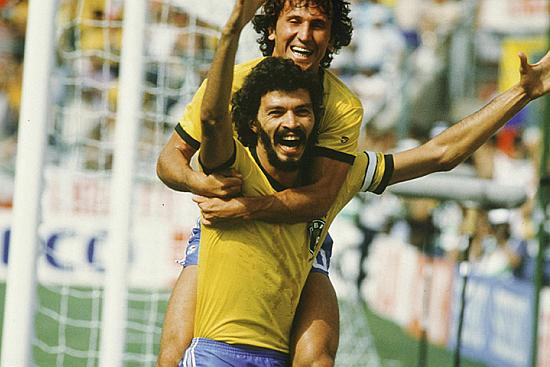 The 1982 Brazilians were captained by Socrates, a medical doctor and left-wing columnist, and featured the brilliant playmakers Falcao and Eder. No team since has captured the Indian or global imagination in quite the same way: Zico, the “White Pele” and the team’s best player, described their 3-2 defeat to the well-organized, counter-attacking Italians as “the day football died”. Italy might have won the tournament, but ever since 1982 Brazil have been uniquely beloved in India. This a powerful example of historical contingency: had the 1974 World Cup been broadcast, Indians would have seen a cynical, even dirty Brazilian team and might well have spent the coming decades supporting the Dutch!

The next tournament, Mexico 1986, saw the emergence of a rival for Indian affections. The question of who is the greatest footballer of all time is an unresolvable one—and as Socrates put it, only Pele and Maradona even care—but Diego Maradona’s goals against England and Belgium established him as the player most capable of the spectacular. With a physique more akin to a 1960s Bollywood actor than a world-class athlete, Maradona was a folk hero designed to be loved in India.

Thus, in this second phase, lasting roughly from 1982 to 1998, Indians fell deeply in love with the World Cup, and supported either Brazil or Argentina. In pre-liberalization India, identification with the likes of England or Germany was unthinkable. Moreover, national footballing stereotypes retained some truth, and it was still possible to say, for instance, that the German team was dour and functional while the Latin American teams had colourful characters, such as the goal-scoring goalkeepers Rene Higuita and Jose Luis Chilavert.

In the third phase, the 2000s, India has embraced consumer capitalism and, to a limited extent, European league football. The influence of money power in football, and the growth in the prestige and influence of the English and Spanish leagues have transformed the World Cup’s role in the landscape of global football. With the best players all playing in Europe, the World Cup no longer offers a footballing product that can compete with elite club football. FIFA’s decision to schedule the 2022 World Cup in Qatar—after the Qatari promise of air-conditioned stadia proved illusory—has led to speculation that the major European leagues might boycott that tournament altogether.

Commercialization has to a cult of professionalism—today’s footballers are barred from drug-taking, excessive drinking, or controversial political opinions. They are fitter and more skilled than ever before, but also more risk-averse and more bland. As the Uruguyan writer Eduardo Galeano puts it, “The history of soccer is a sad voyage from beauty to duty.” Spain, the 2010 champions, scored only eight goals in seven matches, choosing to control games at 1-0 rather than attempt to score. The concentration of players in Europe and the spread of information through the Internet means that players no longer “emerge” at World Cups in the manner of Pele in 1958.

Indian fans, at least in the metros, are now open to teams other than Brazil or Argentina. Many chose to hunt glory and support Spain but, like France in 2002 and Italy in 2010, the defending champions failed even to qualify for the second round.  Others support Germany, Italy, Belgium—the “hipster’s choice”, with a squad full of young Premier League stars—or even, god forbid, England. Those whose primary engagement with football is through the Premier League or La Liga often support the team that their favourite player plays for (or, in the same vein, they root against Portugal, out of a dislike for Cristiano Ronaldo). A small superclass of fan is able to travel to World Cups—unthinkable in the pre-liberalization period. Many more buy national team jerseys or play with the official Brazuca ball.

Yet while the nature of India’s engagement with the World Cup has changed, we have not adopted the fashionable cynicism or despair with which so many Europeans or Latin Americans now view the tournament. For most Indian football lovers, the World Cup remains the showpiece event; for millions of others, it is the only time they pay any attention to football. Of the 65 million Indians that watched the 2010 World Cup, half were outside the six largest metros. What explains this, in a country that has never played at a World Cup and is never likely to? Indeed, it is striking that the growth in football viewership has been accompanied by no improvement in our own football.

It may well be that our love for the football World Cup is rooted in our obsession with cricket. Despite the success of the IPL, international cricket remains by far the most prestigious stage for fans and players alike. The idea that international sport is by definition “higher” than club or provincial sport extends to the way Indians watch football. Besides, the fact that we have no real stake in the contest tends to add our enjoyment of the spectacle. Fans whose teams are competing for the title tend to approach the World Cup with anxiety and the fear of disappointment, just as Indians approach cricket matches featuring India. At the football World Cup, by contrast, we can hope for good football without any prospect of heartbreak.

And despite the relative decline in its importance, the World Cup is still unrivalled in its ability to produce indelible memories. The 38-year old Cameroonian Roger Milla with his dancing celebrations in 1990; Paul McGrath, a man sold by Alex Ferguson because of his alcoholism, leading Ireland to victory over Italy in 1994; a little-known Senegalese midfielder called Papa BoubaDiop humiliating the old colonial power—and pre-tournament favourites—France in 2002. The prospect of moments like this is what induces millions of Indians to tune in at 3.30 AM, and thus far they have not been disappointed, as the group stage has featured attacking football and upset victories by the likes of Costa Rica.

Keshava Guha is a writer based in Bangalore.