The Agent Of Change?

The CBI director seems to be enjoying the attention, but he also appears conscious of his public image. He could have a few more surprises up his sleeves. 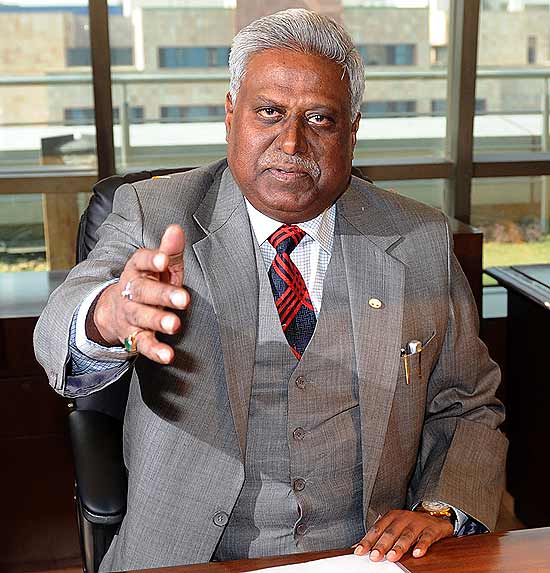 Ranjit Sinha finds himself at the helm of the Central Bureau of Investigation in its Golden Jubilee Year. While he is in the news and seems to be enjoying the attention, he also appears conscious of the public image. He could have a few more surprises up his sleeves, sensed Uttam Sengupta following a brief meeting with the man.

The plush office of the Director, CBI, on the 11th floor of the CBI’s headquarters in New Delhi’s CGO complex, is as large as a tennis court. And one had to walk almost the entire distance before approaching the Director’s desk. Ranjit Sinha, a Science graduate from Patna University, sat slumped on his chair, fidgeting with a file that contained the official order of the Supreme Court given the day before.

“Have you seen the order ?” he asked even before one could shake his hand and sit down, before adding, “ We are delighted with it. At last, something good will come of it..” A draft proposal to give more autonomy to the CBI, he informs, had been gathering dust in the Department of Personnel & Training in the PMO since 2010. “ It has now been taken out and a Group of Ministers will hopefully consider it.”

He waves his hand expansively in the air. “ The mind-set is changing. Earlier the government felt we needed only a desk, a chair and a pen-stand; and now you can see all this for yourself.” He had just constituted a team of officers to prepare a memorandum of suggestions that the agency had been asked to submit to the GOM. This is another “ Vineet Narain moment”, he feels, and hopes the Supreme Court would take the Vineet Narain judgment delivered in 1997 forward and ensure more autonomy for the investigating agency.

“ I don’t mind being abused by the court, provided it does some good to the CBI,” he adds. But the court’s order does not censure the investigation, he points out and waves the copy of the order.

I ask him about the controversy surrounding his appointment. BJP leaders Arun Jaitley and Sushma Swaraj had vehemently opposed his appointment and the Delhi Police Commissioner, Neeraj Kumar, had filed a petition to the Central Administrative Tribunal (CAT) asking why he had been left out of the panel. “ What can I say ? Neeraj is also from Bihar…” He was pained at the vilification campaign at the time, he admits.

“ They even took out the Patna High Court’s orders in the fodder scam,” he says with a wry smile, “ but could not find a single stricture against me.” There were, of course, adverse observations but nothing by way of a stricture by the court, he points out. “ It was all due to a misunderstanding with the then CBI Joint Director, U.N. Biswas,” he suggests and goes on to say, “ But in all fairness, Dr Biswas never wrote any adverse comment in my ACRs ( Annual Confidence Reports) either,” he informs.

Does the CBI regularly consult the Law Minister and the Attorney General ? The agency, the CBI director informs, takes cases to them only when there is a difference or conflict of opinion between the Director, CBI and the Director (Prosecution). So, why did he take the status reports to be filed to the apex court to the law minister in the first place ? He had no choice in the matter , he explained, after both the minister and the Attorney General wanted to see the reports.

Did the agency leak details of the meeting ? Sinha denies the possibility and points out that he had gone to see the minister after 10 am with escort cars, hooters and security. It was certainly not a hush-hush affair and everyone had seen him arrive and leave, he says. But surely the changes made in the reports could have been leaked only by insiders ? Sinha shrugs, suggesting anyone could have done it.

He calls for masala chai for himself while this correspondent settles for green tea. What is the public perception about him, he asks out of the blue. Taken aback, this correspondent blurts out that there are mixed opinions about him. His detractors point out his alleged links with businessmen, even businessmen who are in the business of coal, while his friends and colleagues credit him for being rooted to the ground, being a ‘sound officer’ and upright.

He had clearly heard the criticism before. He smiles, shrugs and says, “ Some of them have been my friends for three decades and none of them is involved in the coal allocation scam, I can tell you,” he volunteers.

The man on the hot seat seems calm and composed and , more importantly, prepared for the unexpected. His eyes, however, give away the restlessness. They keep darting back to the large LCD TV screen on a pillar. He was clearly expecting news. The penny, however, dropped when late on Friday evening, the law minister Ashwani Kumar and the railway minister Pawan Bansal resigned. If the glint in the CBI director’s eyes is any indication, the investigating agency under him could well have a few more surprises up its sleeves.