The Arrest Of Kanak Mani Dixit

A fact sheet on the arrest of Nepali publisher, editor and writer Kanak Mani Dixit over charges of corruption 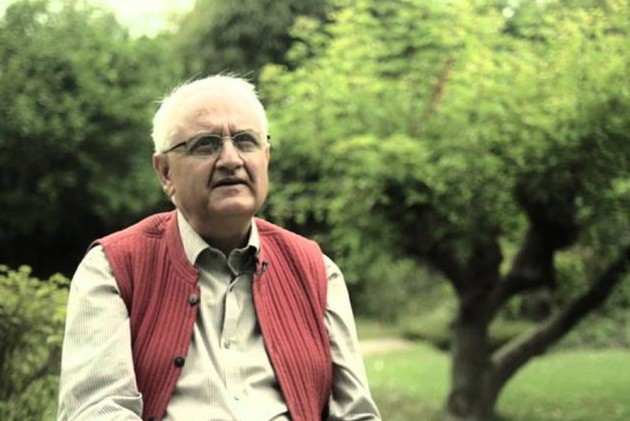 Opposition to the current investigation by the CIAA into alleged corruption by Mr Kanak Mani Dixit is based on the grounds that the process has been flawed as demonstrated by facts:

1. Mr Kanak Mani Dixit had opposed the appointment of Lokman Singh Karki as the head of the CIAA (Commission for Investigation of Abuse of Authority) at the time of the appointment in 2013 on the grounds that Mr Karki had been indicted by the Rayamajhi Commission for supressing the people’s movement. This was a public protest and has been well-documented.
Under well-established principles of jurisprudence a judge or investigator with a personal bias or interest in a case should not be carrying out an investigation or pronouncing on a case, and in fact should recuse himself or herself from such a case to prevent prejudice. However though Mr Karki himself was the individual criticised by Mr Dixit, in a public campaign, Mr Karki continues to drive the investigations.

2. While the CIAA has been at pains to say it is not arresting Mr Dixit the journalist, but rather Mr Dixit the chairman of a cooperative bus service, Mr Dixit’s activism as a civil society activist and through his columns in the Nepali media is well established. The arrest comes at a time when significant sections of Nepal’s polity might wish to silence Mr Dixit and undermine his activism against the Nepal blockade and his pursuit of war crimes and justice for the victims of Nepal’s conflict, whether at the hands of Maoists or the Nepali state.

While political and intellectual opposition to Mr Dixit’s views is to be welcomed and encouraged in a free democratic society, this should be through debate and discourse and not through misuse of the process of investigations.

It is on the basis of this ruling that Mr Dixit recently submitted a written reply questioning yet another summons from the CIAA, instead of presenting himself. Rather than providing a clarification or even issuing another summons, the CIAA chose to arrest Mr Dixit.

4. The CIAA investigation: The CIAA’s remit is the investigation of abuse of authority in public bodies. Other kinds of illegal acquisition of assets are a matter of police investigation under Nepali law and no such investigation is under way. The investigation into Mr Dixit’s finances have been launched on the grounds of his holding the position of Chairman of the Sajha Yatayat, a cooperative bus service that has expanded the transport network into parts of the Kathmandu valley that were under-served. The investigation purports to look into whether Mr Dixit has misused his position in Sajha Yatayat to amass wealth disproportionate to his known sources of income.

However the leaks attributed to the office of the CIAA, are muddying the waters by planting stories about Dixit’s purported assets. The issue of whether Mr Dixit, or his family, have assets is not the purpose of this investigation. However the leaks attributed to the CIAA suggest the CIAA is looking into purported assets that pre-date Mr Dixit’s chairman of Sajha Yatayat by many years. Also thrown in are allusions to the donor funding which several institutions set up by Mr Dixit have received. While this is, again, not under the ambit of investigations, the facts are that Dixit has set up many institutions of public service, some of which have received support from international donors. All such institutions are governed by Nepali laws and are also audited annually, with regular reporting to the concerned donor and regulatory bodies of the Nepali government. This includes the South Asia Trust whose donor funding, since it was set up in 2005, has been for the activities of the well-respected Southasian magazine Himal Southasian, Film Southasia, a Southasian documentary film festival held once every two years and the research organisation HRI Institute for Southasian Research and Exchange.

5. The statements attributed to the CIAA allege that Mr Dixit was on the run and that he was arrested from his house: Apart from the inherent contradiction of this statement, it is patently ridiculous that a public figure such as Mr Dixit should be on the run without anyone in Nepal being aware of it. Mr Dixit has been seen publicly, participating in public events including one international seminar in Kathmandu in the last few days. He was actually arrested from the Dhokaima café, a space that is public and indeed had a lot of customers at the time of arrest, not, while being on the run.

6. The CIAA, in its public statement has declared that the purpose of the arrest is to force Mr Dixit to join the investigations. However the arrest was made right after the closing of government offices including the CIAA on a Friday afternoon. Not only does this ensure that Mr Dixit remains in custody over the weekend until the courts resume their sitting and he can mount a legal challenge to his arrest, but it also begs the question why the CIAA would arrest him to join investigation at exactly the time that its offices are closing and no investigation can take place.

7. The CIAA has been quoted as saying Mr Dixit has been arrested for corruption and amassing property. This is currently a matter of investigation and until the investigation is completed Mr Dixit, like any other person, is innocent unless proven guilty. It may also be argued that the CIAA should not compromise its own investigation by releasing or leaking details of its investigations and unsubstantiated conclusions on a regular basis during the course of investigation.

8. Following the arrest and the medical finding that Mr Dixit had a dangerously high level of blood pressure, the CIAA chose to detain Mr Dixit neither in the hospital where he could receive care, nor in its own offices, but in an uncomfortable police lock up with 30 to 40 other detainees including petty criminals. The overnight detention in such conditions led to dangerously elevated blood pressure levels forcing the admission of Mr Dixit in the ICU today morning. This unnecessary form of detention raises the question of the real purpose of the process of investigation. Mr Dixit is a public figure who is hardly likely to disappear or avoid the due process of law.