June 19 marks two years that the founder of Wikileaks has spent as a political refugee within the confines of the Ecuadorean embassy in London. A time to consider our own engagement with the surveillance state. 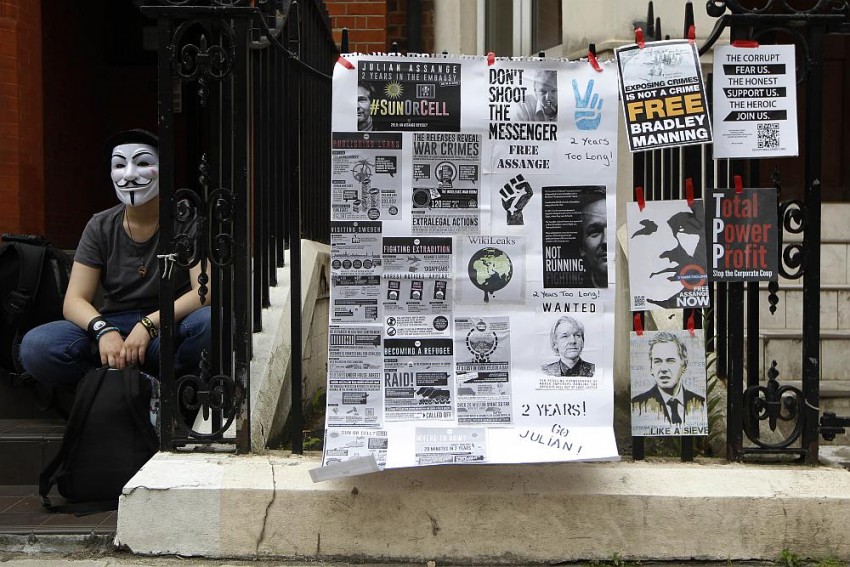 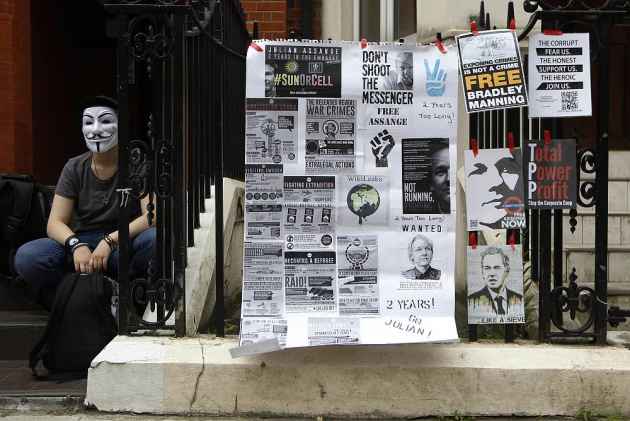 June 19 marks two years that Julian Assange, the founder of Wikileaks, has spent as a political refugee within the confines of the Ecuadorean embassy in London. The second anniversary of the event presents a good opportunity for reflecting on the relationship between the geopolitical order and the rule of law. Furthermore, with the rapid expansion of the surveillance state in India, and the advent of the Central Monitoring System, the fate of a whistle-blower like Mr Assange gives us food for thought, as we consider our own engagement with pervasive governmental surveillance.

The Assange case involves three nations: Sweden, the United Kingdom and the United States. Over the last two years, the action (and inaction) of each of these countries calls into question the strength of their commitment to the rule of law when faced with important political interests. In the specific context of surveillance and secrecy, as we shall see, each of these countries has evinced a seeming hostility towards whistleblowers, journalists and publishers— such as Wikileaks— who have released inconvenient information to the public. Nonetheless, leaks have now become an inevitable part of the worldwide political landscape. When it comes to law, governments and whistleblowers/journalists, therefore, Indians have more than simply academic reasons to follow closely how the Wikileaks saga has— and continues to— unfold.

As is well-known, Mr Assange, the editor of Wikileaks, sought political asylum in the Ecuadorean Embassy at London, to avoid being extradited to Sweden by the United Kingdom. Mr Assange argues that the close relationship between the United States and Sweden makes it highly likely that Sweden will, in turn, extradite him to the US, where he will be prosecuted and probably imprisoned for crimes such as espionage (Chelsea Manning, who allegedly provided the leaked embassy cables published by Wikileaks, as well as a video of an American Apache helicopter shooting down civilians in Iraq, has been sentenced to 35 years in prison).

The first important question, therefore, concerns the attribution of responsibility for the present impasse, which has led to Mr Assange being detained within four walls of the Embassy for two years. As a preliminary matter, it is important to note that while Mr Assange is wanted for questioning in two cases of sexual assault, he is yet to be formally charged with any offence. The Swedish prosecutor claims that Mr Assange is responsible for the situation, since he can end it any time he wants by stepping out and going to Sweden to face questioning. Mr Assange argues, however, that he is entirely willing to be questioned either via videolink, or in person, at the Embassy. In this context, it is important to note that in 2010, a Swedish citizen named Alexander Eriksson, who was residing in Serbia, was suspected of smuggling. In that case, Swedish police travelled to Serbia to question the suspect. He was eventually arrested, tried and imprisoned in Sweden, after a swift and efficacious trial. There have been numerous other instances where Swedish authorities have travelled to other European countries to question suspects. Indeed, the Swedish Prosecutor’s office has more or less admitted that the decision on whether or not to question a suspect abroad is solely within the Prosecutor’s discretion, even though the Sweden’s criminal law requires Prosecutors to undertake investigations at maximum speed, minimum cost and with minimum inconvenience to the suspect (Ch. 23, S. 4). The International Covenant for Civil and Political Rights, as well as the European Convention on Human Rights, enshrine the rights to equal treatment and fair trial. It is questionable whether Sweden’s conduct is in full compliance with these guaranteed rights.

At issue is also the conduct of the United Kingdom. The Assange case prompted the English parliament to rethink its extradition law, and this very year it passed an amendment, according to which extradition is no longer possible where the competent authorities in the state seeking extradition “have not made a decision to try.” Under this new law, there is a strong case to be made in favour of barring Mr Assange’s extradition to Sweden, because it is now four years since the case opened, and he is yet to be charged. However, what the amendment gives with one hand, it takes away with the other, because it only applies to extradition warrants that have been issued after its coming into force. In fact, while the bill was being debated in the British Parliament, the shadow minister for Home Affairs expressly asked what effect the amendment would have on Mr Assange’s case, since it evidently appeared to apply to him. The government simply responded by saying that it would be “difficult to apply the clause to past cases.” The strange consequence of this is that Mr Assange’s situation is precisely that which the new law has been designed to prevent— that of people being stuck in limbo without being charged (only, Mr Assange’s limbo is an Ecuadorean embassy room instead of a Swedish jail); yet Mr Assange himself has not been granted the benefit of that very law. One might euphemistically call this “the Assange exception to Julian’s Rule”!

Lastly, we come to the United States. Mr Assange argues that his fear of extradition to the United States is genuine because of the presence of an ongoing “Grand Jury investigation” into Wikileaks. A Grand Jury is a body of men and women that meets to decide whether or not a person should be charged with a crime. The major rule of law issue with grand juries is their system of functioning. Grand jury hearings take place in secret. There is no judge, and it is the prosecutor who leads the proceedings. The accused individuals have limited access to a lawyer, no right to cross-examine witnesses and no right to necessarily be even informed of the proceedings. Jurors are not permitted to disclose any information to the public. It should be obvious by now that some of the pillars of the criminal law— transparency, openness, the right to counsel and the right to defend oneself in an adversarial proceeding— are sacrificed in a Grand Jury. Even if there could be a justification in certain extreme circumstances, it remains unclear what that justification is when seeking to prosecute a journalistic website that supports whistleblowers. One fear that has been voiced by journalists is that a Grand Jury investigation into Wikileaks could have a knock-on effect on newsgathering more generally, since there is nothing that distinguishes Wikileaks from mainstream media outlets like The New York Times and The Washington Post, which also published the leaked diplomatic cables that Wikileaks handed over to them. In modern democracies, where the press is the major— and possible the only— source for revealing governmental misdeeds, a lengthy, secret criminal investigation that could potentially have a chilling effect on newsgathering and journalistic activity, raises additional rule of law problems in its own right. At the very least, the scope and nature of the investigations ought to be released, so that journalists and the public may know which kinds of newsgathering activities are under the scanner of the criminal law.

There are some basic pre-requisites for the existence of the rule of law: formal equality, a fair and speedy trial, openness, and transparency. The Wikileaks case, as I have discussed above, has called into question the commitment of Sweden, the United Kingdom and the United States, to these very fundamental values. It is something that should concern advocates of open government, civil rights and the rule of law— everywhere.

The Shi'as And Sunnis