The Beginning Of Imagination

This speck of dirt, too, will be sucked into the widening gyre of time that keeps turning and turning... 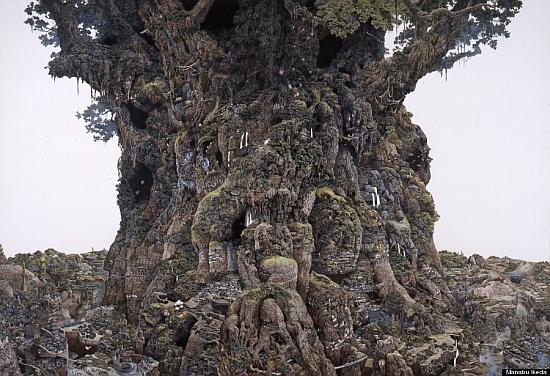 In the history of earth which is close to five billion years, in which the lineage of humans spans just five million years, what you claim as your history basically begins with the history of caste and the history of inequality in this part of the world, and this is but a few thousand years, in effect a speck in the gyre of time, and your version of the history of this speck is just one speck among many billion such, a speck that will be blown away by a change in the direction of the breeze, a speck that is not even aware of the gyre it is part of, the gyre that has no beginning nor end, a gyre that knows that all its futures are but a repetition of all its pasts, a repetition of tragedies and farces, and you are a sad speck that does not know any of this, a speck unaware of its own inconsequentiality, a speck that thinks it is the world, a speck that thinks the world of itself, a speck that has no sense of the larger universe it is part of, for your history begins with the idea of a temple for a fabled god at a certain place, a god who waged wars on the autochthonous people of this land, helped deface a woman, beheaded a man who sought knowledge, a god who defeated a valiant king by hiding behind a tree, who scorched his beloved born of the earth in the fire of doubt,

Your script of animus will be so easy to decipher unlike the signs left behind in Harappa,or the Brahmi of Tamilakam

your history begins and ends with the idea of a temple for such a hollow god, your history that claims to be sanatan, timeless, is bound by a paltry three, okay four, thousand years; you are an unending nightmare in the apnoea of time’s sleep, you are a moment when time holds its breath, and you mistake this to be a moment when time has ceased to breathe, but by the time time releases its breath, you will be hurled into the black hole of timelessness, a hole of infinite density where light itself becomes trapped and all objects become invisible, for, after all, as Berger suggests, what we come to believe as time is a field magnetised by eternity, and your speck is a temporality with defeat written all over it, you are your defeat, please do not think of yourself as a victor, your victory is your defeat; you likely think of this as an event, a historic event, but in the sweep of a few billion years, what you represent is a moment that will fade even before we begin to articulate the moment, for what you really seek to write on the wall of time amounts to a scratch, a desecration, for these are walls that carry traces of life led more than a million years ago by the people of a place we today call Bhimbetka, with scenes in ochre and white done some thirty thousand years ago by our forebears who began lining the dots, a time when we ate the animal we prayed to, wore it as cloth and also painted it; do rewrite all the history textbooks you want to rewrite, raise the ugliest statue for your Iron Man, but these will in no way pose a challenge to the place a few pot-shreds from Mesopotamia and Arikamedu will have in history, your script of animus will be so easy to decipher unlike the signs left behind in Harappa,or the Brahmi of Tamilakam; as for what you and your admirers call development, nothing you have done can match what the people of Mohenjo-Daro did to deal with their piss and shit, because you believe that some humans are meant to carry the shit of other humans, you think it’s a divine calling; to realise how small you and your history are, all you need to do is just see yourself in the backdrop of Qomolungma and the Himalayas, and these, let me tell you, are the youngest of mountain ranges in the world, they were here long before your violent gods, before caste, before the first ever jacarandas bloomed in Kumaon, these Himalayas have emerged on this earth only as recently as sixty million years ago, and so much has happened before them and after them, and they are all so indifferent to you, as are the poppies that bloom in a range of reds this May in Satholi; it will soon become evident that you are the beginning of the best imagination people born in this crevice of time are, or will soon be, capable of; your absolute lack of imagination will stir the best in us, the best poetry, the finest art, the boldest theatre, the longest sentences, the most powerful songs,

Nothing you have done can match what the people of Mohenjo-Daro did to deal with their piss and shit, because you believe that some humans are meant to carry the shit of other humans

the longest taans to please Mallikarjun Mansur, the most haunting cinema, the finest fiction that will crush you, all these will be wrought now; each of us will defeat you by being incomprehensible to you, for to be incomprehensible to you all we need to do is speak the language of love, sing the history of love, and you will not understand a syllable or a note, and when we collect every syllable of love and compassion uttered in human history your hoarse roar of hatred will be drowned out, we will defy you by singing songs that have no beginning nor end, and by writing lines that you will never comprehend, and, thus enraged, when you try to cap these imaginations, try to ban our dreams, try to throw our bodies into jail, our spirits will soar and make love, break every taboo and breed in numbers your census-takers won’t be able to keep pace with; you will cause the spawning of a million Kabirs, a million Mantos, a million Ambedkars, a million Iqbals, Savitribais, Birsas, Meeras, Bhagat Singhs, Valluvars, Ghalibs, Sido and Kanho Murmus, and as One less hope/ becomes one more song we will defeat you with Akhmatova and Pessoa, Iyothee Thass and Jibanananda Das, Nainsukh and Malcolm X, Jangarh Shyam and Gramsci, Namdeo Dhasal and Lal Ded, Buddha and Gaddar, Marx and Lal Singh Dil, ah, yes, Dil, another chaiwallah, a teashop vendor, a Chamar from Samrala, who held the most mischievous smile between his lips that also held chain-smoked joints, Dil, who wrote, Chop off every tongue if you can/ But the words would have still been uttered, a poet who died living the revolution for himself and dreaming of it for others, a man who knew it was the same sun that warmed the Jat households that also kissed the Chamar huts, whereas we have you, a chaiwallah, claiming to be a Modh-Ghanchi from Gujarat, and it appears there are some uses for your caste that the Knickers of Nagpur have, just as the Brahmins of yore had for a Yadava, cowherd,and made him chant ominous verses to justify birth-based inequality as a prerequisite to the balance of universe, and justify the recourse to mass murder over a property dispute between cousins, the charioteer who plotted the killing of a warrior who was fixing his chariot wheel, a god who killed a great archer by hurling a rock at him, and today they need you to have a chat with us over a cup of human blood, and, to cover this barbarity, your friends have stitched you a garment called democracy which is actually a janeu fashioned by the Brahmin tailors of Nagpur. 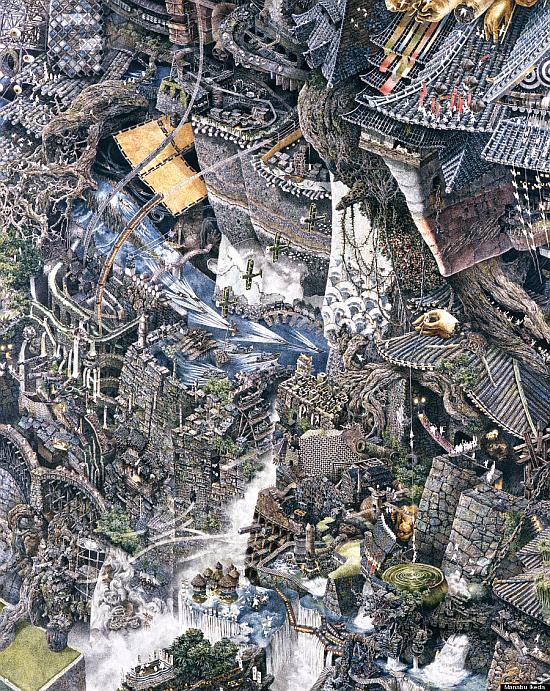 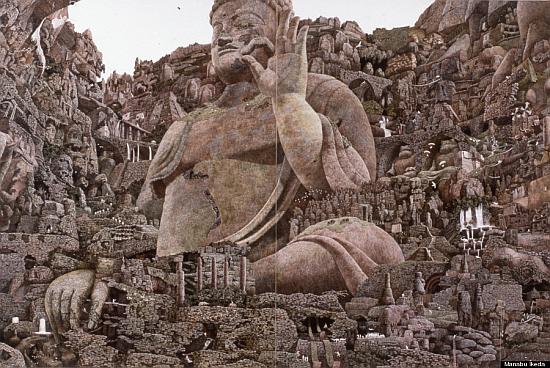 So please run your minority government for five years, show us your baddest face, and time which will outlive all time will say it has seen worse; launch a pincer attack, sink one set of claws into Kashmir and wage a low-intensity war with the Pakis for four years, and at the same time, sink another set of claws into Dandakaranya and flush out the Adivasis like rats, the corporates who sponsored you will fund these wars, create crisis after crisis for the Muslims, Dalits, the poor, the Adivasis, criminalise all love, fight internal and external enemies, and in the fifth year launch a few full-scale wars, take us to the edge of a nuclear disaster and starvation, watch the southern tip of the subcontinent melt as a tsunami or a quake does to Koodankulam what it did to Fukushima, then ride back to power sheerly on the strength of the number of people you have caused to disappear, and stretch yourself for another three years, then maybe press the emergency button, by when, like any speck of dirt you will be sucked into the widening gyre that keeps turning and turning.