The Best Of Activities Await Tourists At Statue Of Unity

From a luxurious nature retreat to the museum and audio-visual gallery, from selfie points to light and sound shows, from specially trained tour guides to the classic valley of flowers, the Statue of Unity has everything that makes it a stellar package for tourists. 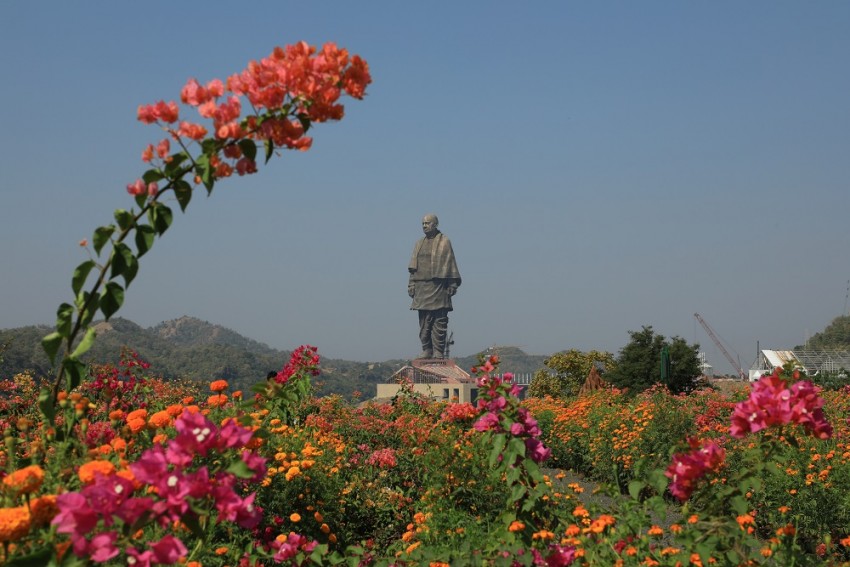 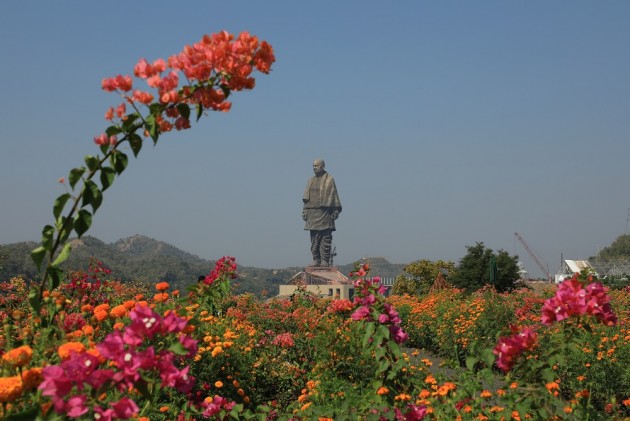 The Gujarat government has left no stone unturned to develop the entire vicinity as a world-class tourist centre. Since it is double the height of New York’s world famous Statue of Liberty, the Statue of Unity is likely to draw a decent number of foreign tourists along with domestic visitors from across India.

The statue’s location is its strongest point. The picturesque surroundings of the Satpura and Vindhyachal hills along with the mighty river Narmada provide the perfect view to the statue, which is built on an island. Among the prime attractions at the site is a viewers’ gallery inside the statue located at the height of 135 metres with a capacity to accommodate 200 persons at a time. High-speed lifts installed are capable of taking 5,000 people per day to the viewing gallery, which offers a panoramic glimpse of the surrounding areas.

Besides the statue itself, there are several other tourist attractions around including the valley of flowers, natural beauty of the Satpura and Vindhyachal hill ranges besides the Sardar Sarobar dam on the mighty Narmada river.

The state government recently opened a new luxurious nature retreat, Tent City Narmada, just 10 minutes away from the monument. Set up along the idyllic Panchmuli lake, the resort is surrounded by meadows, water cascades, thick forest areas and abundant wildlife. It has superlative accommodation facilities in premium, deluxe AC tents and standard non-AC tents and provides regional, Indian and continental cuisines by Marriott. It also has a selfie point to click memorable images with the Statue of Unity in the background.

A major attraction for tourists is the option of going to spot crocodiles at the Sardar Sarovar dam besides taking short treks to explore eco-tourism sites. The tour of the statue comes as a package which includes the entry to the observation deck, valley of flowers, the Sardar Patel memorial, museum and audio-visual gallery, the site of Statue of Unity and Sardar Sarovar dam. The statue complex has a separate selfie point which gets visitors a good view of the statue and its pristine surroundings. Another attraction is a laser, light and sound show based on the unification of India during the post-Independence period which is conducted in the complex.

The Gujarat government has also taken special efforts to ensure that only the best of specially trained tourist guides show visitors around the place. The guides were recruited in a two-step selection process – shortlisting of candidates based on applications and an interview. After a month-long training, a test was taken to check their efficiency.  The Training programme was conducted at District institute of Education and training (DIET), Rajpipla. Training for the initial 18 days was conducted by ITM faculty, officials of Sardar Sarovar Narmada Nigam Ltd (SSNNL) and other industry experts while the last ten days were handled by IITTM, Gwalior officials. The entire course curriculum was designed by Indian institute of Travel and Tourism and Management (IITTM, Gwalior) -- an autonomous body under the Ministry of Tourism, Govt. of India.

Plans are also afoot to develop several water sports like river rafting and boating, para-gliding and forest treks in a phased manner for adventure seekers near the Statue of Unity.