The Prime Minister seems to be locked in a game of strip poker with the Congress. One by one, he is peeling off both—their greats and governments. 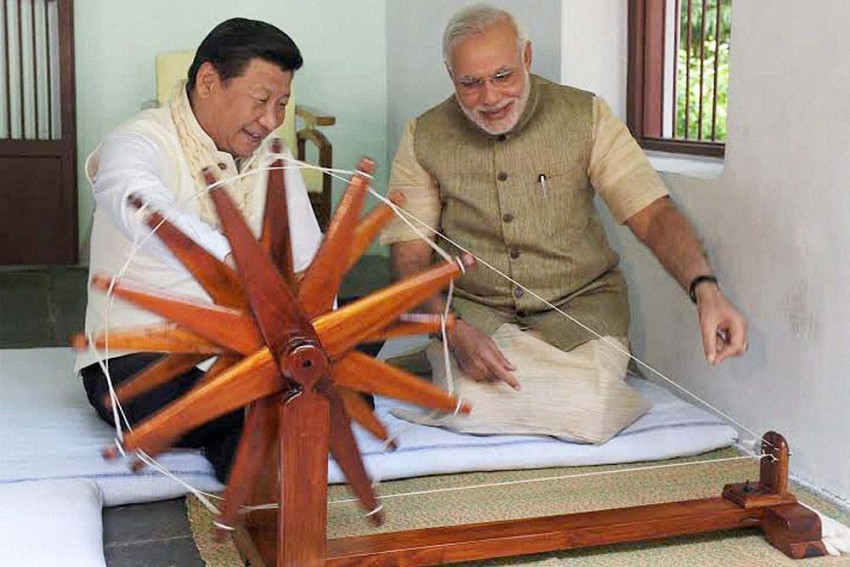 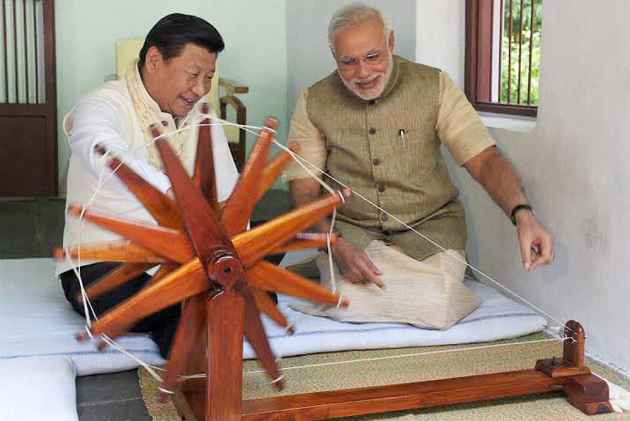 When you hear hoof beats, think of horses.

So, when the results of Prime Minister Narendra Modi’s strategic gamble in Maharashtra and Haryana are the stuff of screaming headlines, it is the imagery of ‘hostile takeovers’ and ‘acquisitions’ , played with panache on the Indian political chessboard that needs to be understood.

An artful imagery is at work, and repeatedly so, inviting comparisons with late Prime Minister Indira Gandhi in conjuring up a cause: Whether it was the abolition of princely privy purse, bank nationalization or the portrayal of her own party veterans of the 1960s—Morarji Desai, Atulya Ghosh and Sanjiva Reddy who formed the ' Syndicate' in the Congress—as archaic gasbags, she successfully portrayed them as old hats, hindering her progressive policies and ‘Garibi Hatao’ programmes, thus ensuring a mandate for herself for life.

In some ways, Modi has done one up on Indira. He has not only carried forward the imagery, but even fleshed out the phenomenon.

After assuming power for the first time in an earthquake- battered Gujarat in 2001, Modi consolidated his hold through a landslide victory in the state Assembly elections that followed the Godhra train carnage and the communal riots thereafter.

Battling the worldwide uproar over the communal cleaving, the Gujarat chief minister resorted to a diversionary measure that sought to take the fight straight into the rival camp once the UPA came into power at the centre in 2004. He aggressively targeted the Congress- led UPA government at the centre, holding it responsible for all the ills plaguing his government. “It is an attack on the five crore Gujaratis (their asmita)”, he thundered while railing at the CBI as the Congress Bureau of Investigations.

The chief minister is now the Prime Minister, but not a word is heard now, though the CBI continues almost in the same vein what with West Bengal Chief Minister, Mamta Bannerji caught in its cross-hairs, in the Sardha chit fund scam, besides numerous others—all of opposition stock.

A strong votary of combative politics, the Hindu Hriday Samrat provided first glimpses of his national ambitions in September 2011 when he went on a three- day ‘sadbhavana’ fast for communal harmony .While the professed purpose was to expose Gujarat’s detractors, his absence on the initial days of the party national executive identified veteran L.K. Advani and party president Nitin Gadkari as the targets of his ire. One has since been put in the old people's home, while the other sits docile in his cabinet.

Projecting the image of a forward- thinking, development-oriented, aggressive political leader with leadership qualities, Modi caught the imagination of a country sick of coalition politics and after propelling the BJP to a majority in the 2014 general elections, he has been, with gay abandon, nonchalantly indulging in ‘hostile’ takeovers and acquisitions of national icons.

While he was still the Gujarat chief minister, he shrewdly appropriated the legacy of iconic Sardar Vallabhbhai Patel from the Congress. Besides railing on, on a daily basis, about how the Nehru-Gandhi dynasty had denied the ‘Gujarati’ Sardar his due, Modi promptly announced a statue twice the size of the Statue of Liberty—what awed him in his first US visit many years ago— for the Sardar in the state. No sooner did he become the party’s prime ministerial candidate than this project turned into an elaborate national election exercise, though hardly anything is heard about it these days.

Thereafter, it was the turn of Gandhi, aligned with the ‘Clean India ‘ drive and launched big time on October 2, the birth anniversary of the Mahatma. What was an article of faith with the father of the nation once, is now wholly appropriated by Prime Minister Modi.

India’s first Prime Minister Jawaharlal Nehru and his daughter Indira Gandhi have also been brought into the ambit of Modi’s image appropriation. The two persons he railed against (he even had their names removed from the two UPA government scheme—JNURM and Indira Awas Yojna) were picked up by Modi at a Haryana election rally to announce a cleanliness drive beginning from the 125th birthday of Nehru on November 14, to November 19, the birthday of Mrs Gandhi.

Genuine or campaign stunt, the fact is that Modi appropriates with ease and discards at leisure. The Maharashtra Assembly elections also saw him similarly basking in the reflected glory of Chhatrapati Shivaji Maharaj leaving the BJP’s estranged ally, Shiv Sena, chaffing, red-faced, and provoking a bitter war of words.

Though Modi has spent a lifetime baiting the Nehru-Gandhi family, his move to observe Nehru’s 125th birth anniversary, one presumes, was more tactical in nature. The Congress has made it known that it intends to celebrate the event in a big way so the announcement was made as much to appropriate their legacy as to deflect public attention. While merely linking the Nehru celebration with the cleanliness drive, Modi has already announced grand plans to celebrate the 150th anniversary of Mahatma Gandhi.

In hindsight, it seems the Prime Minister is locked in a game of strip poker with the Congress. One by one, he is peeling off both—their greats and governments.

Old birds may be hard to pluck, but when the fox teaches, count your geese!

Sitting Down For Patriotism