The BJP Government At The Centre Is Nothing More Than UPA III, Says Sangh Parivar Leader 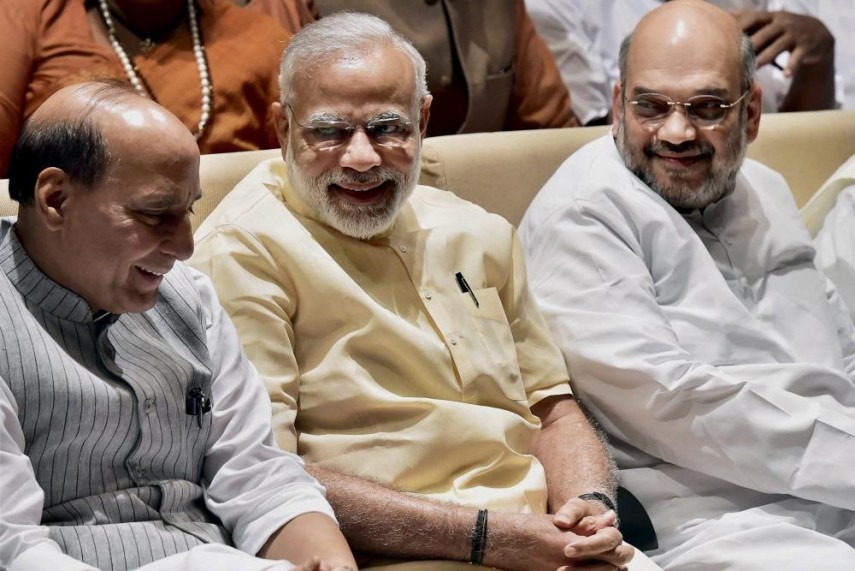 The BJP government at the Centre is nothing more than UPA III, said RSS trade union president Saji Narayanan in the latest of broadsides against the Narendra Modi-led government’s economic and labour policies.

“In the economic and labour front, it (BJP government) is nothing more than UPA III! Any additions are only cosmetic changes,” Saji Narayanan, the president of Bharatiya Mazdoor Sangh (BMS), the largest trade union in India, wrote in an exclusive article for Outlookindia.

The Rashtriya Swayamsevak Sangh (RSS), the nucleus of Sangh Parivar cosmos, had made it evident that it is upset with the Modi government’s economic policy decisions and, like a ventriloquist, has been lashing out  through its affiliates like BMS and Swadeshi Jagran Manch.

“Every new reform is in effect burdening the poor and benefitting the rich. Every Government initiatives result in subsidising the rich and taxing the poor.”

“This is not what was expected by all those who have liked this Government to perform. The ghost of fallen UPA Government is still haunting the corridors of the Government, hoping for a resurrection,” said Narayanan.

The RSS has been engaged in a shadow boxing with the NITI Aayog, an acronym for National Institute for Transforming India which was established in 2015 to replace the Planning Commission, a Nehruvian legacy. When NITI Aayog’s then Vice-Chairperson Arvind Panagariya resigned from his role, it came after attacks from several groups backed by the RSS.

“Corporates are the greatest beneficiaries with corporate advisors occupying important spaces in the Government especially in the policy-making mechanism,” said Narayanan.

Narayanan said many of the bureaucrats and advisors who were with the UPA Government have changed their colours and are advising the present government.

“The person who is known for his policy blunders is leading the team of advisors of the Government.  He proposed to impose tax on farmers, which the Finance Minister and others have to publicly disown. He as the proponent of the corporate lobby, gave a prescription to Railway: “Liberalise, Privatise and Corporatize”, upon which Government has to frequently clarify apologetically. This is only one example. Hence things are still moving badly with advisors who look at common man with contempt.  Because of such people, the Government is continuing the UPA policies with more vigour.”

“Many of the good intentions and efforts of Prime Minister are neutralized by lack of proper experts, dependence on faulty advisors and bureaucrats, misguided reforms, lack of communication and feedback from social sectors.”

The BMS has been critical of NITI Aayog for not talking to the central trade unions while formulating labour policies, including contract employment that nixes job security and disincentivises loyalty. Narayanan said the advisors were pushing to create a slave-like situation in labour field.

“Those sitting in Government want to create a labour force in India devoid of even human rights. Business people from those countries which give their workers all labour rights, once they land in India demand union free workplaces, lawless business zones, freedom of hire and fire etc,”

The BMS will hold a rally and march to Parliament on November 17. The rally will raise sector wise demands, including “shifting to a people-centric economic reforms, implementation of Minimum wages and Social Security to the last worker in the unorganised sector, implementation of equal pay for equal work for contract labour throughout the country, stopping of disinvestment and privatisation”.

“It is hardly one and a half years left to face people in the elections. If this is the way of governance, 2019 may not be like 2014.”