By demonstrating their continued capacity and will to resist Moscow’s pacification efforts, Russian Islamists hope to increase support from those now preoccupied with Af-Pak, and other regions. 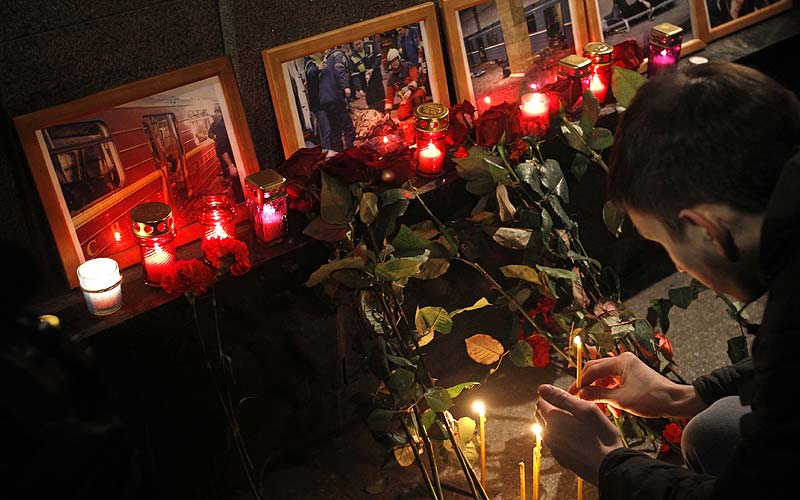 After a period of relative calm, the recent attacks in the Moscow Metro and in Dagestan serve as a reminder that, despite its tough policies, Russia remains vulnerable to the terrorist scourge affecting other countries. In fact, the perceived success of Moscow’s repressive policies in Chechnya may have led militants from the Muslim-majority North Caucasus region to seek targets in Russia’s heartland to revive the global Islamic support. If the video released yesterday in which Chechen Islamist leader Doku Umarov claims that he ordered the Moscow Metro bombings is accurate, then the suicide bombers could well have been the female relatives of men killed in Russia’s counterterrorist operation, known as Black Widows. Importantly, if radical Islamists were indeed responsible, then we should ask: to what extent have these national grievances been exacerbated by the global Islamist movement?

The roots of Russian-Muslim antagonisms go back to Czarist times, when Russian imperialists conquered previously independent Muslim peoples and forcibly incorporated them into the Russian Empire. Tolstoy and others provided us with graphic accounts of how this process unfolded in the North Caucasus during the 19th century.

Russian-Muslim antagonism deepened under the Soviet Union. One of the first steps the Bolsheviks took after seizing power in 1917 was to attack the country’s religious establishments and urge foreign communists to do the same. Islam and other religions were seen as sustaining archaic value systems that impeded the triumph of Marxist-Leninism, which its proponents saw as based on scientific truth rather than false religious consciousness.

Under Stalin, this antagonism towards religion in the Soviet republics, whether the Orthodox Christianity prevalent in European Russia or the Sunni Muslim faith practiced in the North Caucasus and Central Asia, reached its height. Stalin amplified Muslim hatred when he deported the Chechens to Siberia and Kazakhstan during World War II, accusing them of collaborating with the Nazi invaders. Most who survived did not return until 1957.

The Soviet Union unwittingly further alienated the world’s Muslims when Moscow made the disastrous decision to try to impose its secular socialist template on neighbouring Afghanistan. The Soviet government encouraged pro-Moscow groups in Kabul to seize power and introduce measures to move Afghanistan away from its traditional Muslim beliefs. After these misguided efforts provoked local Muslims to take up arms, the Kremlin assumed a direct role in the Afghan War by invading the country in December 1979.

The one hundred thousand Soviet troops and their local allies were never able to pacify rural Afghanistan. They faced a resistance movement, the Mujahedeen, supported by much of the Islamic world. Many of the movement’s foreign fighters eventually joined Al Qaeda. The Afghan resistance was amply funded by Western and Arab governments that clearly appreciated the danger of Soviet imperialism, but not the growing threat of Islamist radicalization due to the war. After the Soviet military withdrawal, these governments lost interest in Afghanistan, allowing extremist groups based in Pakistan, Saudi Arabia, and elsewhere to impose the radical Taliban regime in Kabul.

Meanwhile, many Soviet soldiers of Muslim background who had become radicalised brought their jihadi beliefs home. The USSR itself disintegrated when President Mikhail Gorbachev, like other Soviet leaders, underestimated the power of nationalism, another global force. Previously repressed nationalist forces in the Soviet republics exploited the limited democratic opening to rally support for greater autonomy and eventual independence. Although the governments of the newly independent states have remained under the control of religiously moderate leaders, the people of the North Caucasus, frustrated in their failed independence aspirations, have often backed local militants seeking to force their freedom from Moscow.

Yet, the long Chechen resistance to Russian rule has only recently become an Islamic-inspired insurgency. In the early 1990s, Chechen separatism lacked a strong radical Islamic presence. The spread of Muslim militancy throughout Chechnya and other regions of the Northern Caucasus followed the rise of the Afghan Taliban and Al Qaeda. Many Russian Muslim insurgent and terrorist leaders were trained during the 1990s in the Al Qaeda camps established by Bin Laden with Taliban support.

After the disastrous Chechen War of 1994-1996, the Russian federal government sought to confine Islamist radicalism within Chechnya, allowing Islamist militants to control the republic in return for signing a ceasefire agreement. Within Chechnya, Islam became a means of uniting disparate clans and lending legitimacy to the newly established Chechen government. The difficult social, economic, and political conditions that prevailed in the North Caucasus helped spread radical Islam. Communism’s collapse left an ideological vacuum, while the end of censorship and Soviet border controls gave Russian Muslims greater global awareness and connections with the larger Islamic world, including increased ties between Russian-based and foreign terrorist groups.

International conditions also helped radicalize Russian Muslims. Although some Chechen leaders wanted to concentrate on local reconstruction rather than propagating Islamist fundamentalism elsewhere, the Chechen government found that the only foreign source willing to accept its appeals for assistance was the global Islamist movement. The Taliban was the sole foreign government to recognize Chechnya as an independent state, while Islamist transnational terrorists provided more direct support.

A key motivation for foreign Islamist intervention in Chechnya was the aspiration to convert the North Caucasus region from the traditionally predominant Sunni Sufism to the more fundamentalist Wahhabism prevalent in Saudi Arabia, a major source of funding for global Islamist groups. Foreign extremists and their local allies transformed Chechnya into a base of operations to attack neighboring Muslim-majority regions in an effort to end Moscow’s control of those republics as well.

Vladimir Putin’s 1999 decision to reinvade Chechnya, though controversial, appeared to have succeeded recently in restoring Moscow’s control of Chechnya. Having learned from its defeat in the first Chechen war, the Russian military adopted more successful counterinsurgency tactics in the second, transforming a guerrilla conflict into a terrorist one. Unable to defeat Russian forces in battle, the Islamist radicals have had to rely on indiscriminate suicide bombings against both military and civilian targets, including against several targets in Moscow. The federal government, besides responding with its own crackdown, also employed a “Chechenization” policy in which Moscow granted local allies considerable autonomy and assistance to employ whatever tactics they saw fit against their opponents, which included radical Islamists but often others as well.

The new Russian strategy dramatically reduced visible Islamist militancy in Chechnya, but at the cost of increasing violent attacks against Russian targets and their local allies elsewhere in the North Caucasus. Many of these incidents appear to have been caused by foreign and local militants rather than those based in Chechnya.

One possible explanation for the Moscow Metro bombings, the first major attack in the Russian capital in six years, was an effort by Russian Islamists to re-energize their global support base. By demonstrating their continued capacity and will to resist Moscow’s pacification efforts, they might have hoped to increase support from foreign Islamist militants now preoccupied with Afghanistan, Pakistan, and other regions. The Kremlin needs to avoid an overly harsh response that could have the counterproductive result of enhancing the militants’ appeal within the global Islamic community despite their latest atrocity.

Richard Weitz is Senior Fellow and Director of the Center for Political-Military Analysis at Hudson Institute. His current research includes regional security developments relating to Europe, Eurasia, and East Asia. Dr. Weitz also is a non-resident Senior Fellow at the Project on National Security Reform and the Center for a New American Security. Rights: Copyright © 2010 Yale Center for the Study of Globalization YaleGlobal