'The Brazenness With Which Decisions Were Being Taken Is Absolutely Appalling' 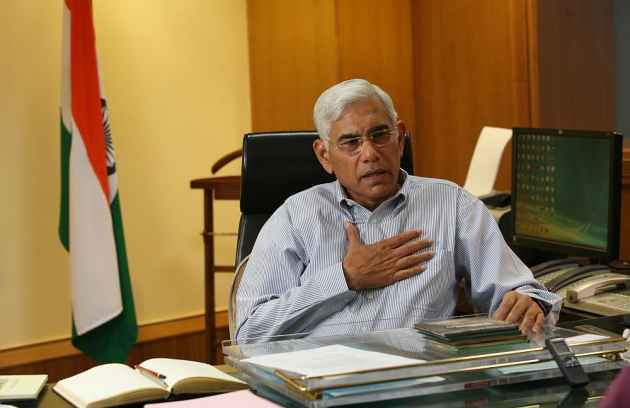 The Comptroller and Auditor General, Vinod Rai is once again in the bad books of the government for having held a mirror to the malaise in governance. Speaking at the World Economic forum in Delhi earlier this week, Rai said that RTI has succeeded in making politicians and bureaucrats more accountable and helped to reduce 'brazen' policy decisions. Here are some excerpts from his interactive session at the WEF taken from a recording by news channel NDTV.


Parliamentary democracy in India has delivered vibrant economic growth. We are part of the global set up and plugged into the global system. Somewhere down the line if there are hiccups in the rest of the globe, it has to hit us. India is concerned. We must also acknowledge that the citizen has come centre-stage. Media has become alert. (I am just laying out the scenario as it exists today ) quite often they are over-drived too. Also the judiciary has started to assert itself. Institutions are also asserting themselves.

I was very happy this morning when I picked up the Economic Times. I must unabashedly congratulate captains of the industry for the initiative by five of the leaders who have signed a partnership against corruption. It is a big beginning. You are just sounding a bell, giving an indication of the way things are and the way you would like to take it forward. I am sure all those assembled here today, each one of you would vote to have a situation where each one of you is treated equally; each one gets a clean administration and each one from the corporates is assured of maximizing profits.

Why I am stressing on maximizing profit is that it is an economic tenet as against rent seekers.

If that be the situation, why do we feel so despondent when we see the churning in society? It has to come about, as I sincerely feel we were all aware of what was happening. Probably what I would like to call the ‘silent majority’, was suffering it silently. And when the citizen has come centre-stage and when the burgeoning middle class has realized that it has a voice of its own, it will begin to assert itself.

Institutions created by the constitution…independent institution have begun to deliver. They have realized they have a role and commitment to do so. To the extent the institutions are provided autonomy they will be on the side to ensure there is governance which has a totally transparent and accountable side to it.

You spoke about autonomy… how sure are you that it is going to be achieved?

You have to give kudos for it, the constitution makers 60-70 years back decided to embed into the constitution institutions which enjoyed constitutional mandate or freedom. Take the institution of the CAG. Appointed once, he has tenure of six years. He cannot be removed like the Chief Justice of Supreme Court. He can only be removed by impeachment. On the other side also, post his demitting office after six years, he is ineligible for any further employment with government. So it operates both ways— assured of independence and at the same time he has to exercise his independence as he is not eligible to take up anything further so he will not curry favour.

But more importantly, autonomous institution have realized now, and that awakening has come now because the citizens and citizen groups, media, etc are making them realize they have a role to perform and that their mandate must be delivered.

Let me give an example. The RTI Act was introduced in Rajasthan, much earlier than by the government of India. It was introduced in 2000, and that was because of the movement Shrimati Aruna Roy and company had started. They brought its fusion into an excellent programme … known as the ‘Jan Sunwai’ programme which really calls officials to be accountable and has brought tremendous empowerment to the rural population.

But more than that, the decisions taken by the government of India in introducing a delivery channel which is different from the delivery channel hitherto being practiced— if you look at the rural employment guarantee programme, rural health mission programme, the Sarva Shiksha programme -- these are not through the conventional government department delivery channels. These are through people, society and groups.

The idea was that there would be an element of vigilante, there would be participative kind of delivery of these projects. To that extend the government has done very well in building up on these models for delivery of programmes. Inclusion to that extent has certainly been brought about by the government. It is now left to polity, society— urban and rural –to take these legislations, empower themselves and ensure that they come forward to implement it.

Why do we leave it to the government alone anymore to introduce probity, transparency, accountability, etc. I think round the globe and within the country too leaving it to the government— that model has not succeeded so much. I think enlightened citizens groups …must empower themselves and try and ensure that government officials certainly live in glass houses so that all their actions are there to see but at the same time such transparency applies to corporates also.

I believe I have been given the powers to govern for five years if I have become an elected member, or a person like me who just by the virtue of having passed an examination, which I took 35 years back, for life I have been permitted the powers to take decisions which I think are correct that is why I am averse to transparency. But no longer does it hold true with RTI coming and taking root in the system.

Today the administrative executive, which will be people like me, or the political executive, both have become conscious of the fact that any decision that they take, they will have to record reasons in writing. Otherwise, believe me, we get to see government files more than you, the brazenness with which decisions were being taken is absolutely appalling. Fortunately, with transparency or accountability, today each one of us will be held accountable, and we are conscious of that now, of any decision that we take.

We were at one point of time transparency averse but no longer. Today I think everything is coming out in the public domain.

Look at the CBI … it is not an independent authority in that term that is why very often everybody writes that CBI has become the handmaiden of the government in power. Why? Because, it is not independent of the executive. Look at the role of the Central Vigilance Commission … another body - much feared, much maligned— but it is still a statutory body and not a constitutions body.

The idea is if you really want these institutions to deliver you must take the risk and courage to make them constitutionally independent.

India is going through a paradox where we have the largest and rapidly growing numbers of HNI (high network individuals) and at the same time we have the other scenario also. Each of us expressed concern on that, because all of us talked about policy formulation— well structured policies but the implementation was defective…..