The Business Of Politics

Why are parties like the DMK, Shiromani Akali Dal or the Telugu Desam fighting shy of contesting in the Bihar election? 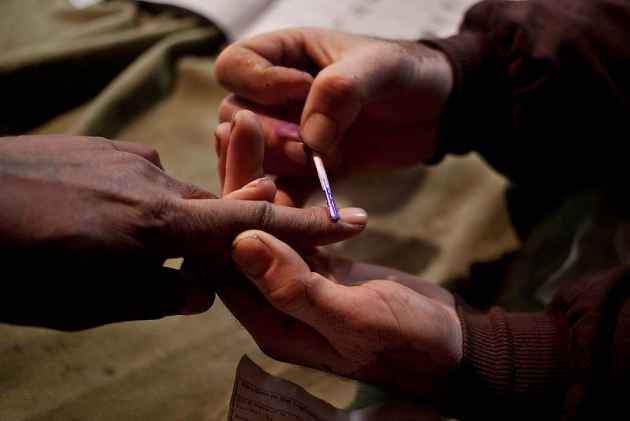 For some mysterious reason the Meridian Hotel in New Delhi is where I would invariably get invited to meet politicians from Bihar. Even elected MPs with accommodation in the national capital would say with cultivated carelessness that they would be visiting the hotel for filing their nails. Why don’t I drop in for a cup of coffee there? The frequency of such invitations would of course increase at election time if I happened to be in Delhi.

One of the explanations offered to me was that politicians themselves almost never pay the bill. It’s mostly on the house with bills discreetly picked up by business houses and brokers; or by hotel owners themselves who in any case run hotels to convert black money into white.

Like the wedding season, elections also generate a lot of business and income for politicians who crawl out of the woodwork. Others, like at least some journalists I suspect, get part of the prasadam. As in weddings, elections provide a variety of business opportunities. From renting out choppers and billboards to managing rallies, transport, food and workers, it involves a variety of tasks that require money. Everything has a price. Waving a flag, shouting slogans, spouting shlokas and abuses, conducting surveys, misleading the media—there are unexpected job opportunities for the brave and the unemployed.

But thanks to that great institution, Election Commission of India, we no longer have any election season. Every year there is one election or the other in one state or the other, in summer or in winter. Governments love elections because they can then solemnly declare that they are unable to take crucial decisions because the Model Code of Conduct is in force. Politicians who are never seen or heard of suddenly emerge in public to share their grave concern about democracy and a large number of unemployed youth suddenly swarm political parties’ offices in the hope that their lung power, oratory, ability to abuse rivals, raising funds through extortion etc would get noticed. And rewards would hopefully follow.

My former colleague Dipak Mishra was once chatting with Laloo Prasad Yadav when a lady in sari approached the chief minister. Ignoring Dipak, she launched into a bitter tirade. Wasn’t Lalu aware that she was mobilizing women for years, coaxing them to attend rallies, sometimes lying that they would get saris? Didn’t the leader know how tirelessly she had worked to make his rallies a success? And what did he do for her? He did not even keep the promise of giving her a job of a constable in the state police.

While Dipak was embarrassed, Lalu Prasad Yadav was made of sterner stuff. Unfazed he smiled and told her that she should take a second look at herself. How could she hope for a job as a policewoman if she continued to be so lean and skinny, he reprimanded the lady. Put on some weight and then come back to me, he declared dismissively. But the lady, Dipak later recalled with amusement, had the last laugh. “You get me the job and see how I put on weight in a matter of months,” she had replied a tad defensively but with injured innocence.

But what explains the rush of political parties to contest the election? Even political parties which have little hope of polling even one per cent of the votes or of winning a solitary seat, seem to be busy holding meetings, forging alliances, seriously negotiating the number of seats they would contest, screening candidates and of course giving interviews on how important this election is for them and for the people of Bihar. “Biharis, don’t be scared; here we come,” is the refrain. With SP, BSP, NCP, Shiv Sena, AIMIM etc already in the fray, one suspects it is only a matter of time before DMK, TDP, Shiromani Akali Dal etc will also jump in.

Is it madness or is there some method in their madness?

The affable Kiranmoy Nanda’s name, for example, is unlikely to trigger a flood or even a flicker of recognition in either New Delhi or in Patna. But the former fisheries minister of West Bengal has emerged, like Asaduddin Owaisi, as an important player in the ensuing Assembly election in Bihar. As Mulayam Singh Yadav’s pointsman, he has already addressed a few press conferences in the national capital and his photographs have appeared in newspapers. I have not watched TV channels but one can safely assume that in at least some of the Hindi channels his observations on how important the Bihar election is, how well SP’s alliance with parties like NCP would do and how many seats the party would contest etc would have been aired.

He is Samajwadi Party’s only constant face and virtually the only leader in eastern India. Mulayam Singh Yadav of course has no pretension of having much of a following in Bihar, West Bengal or elsewhere in eastern India. But in keeping with his illusion of being a national leader, he keeps funding unknown people in these states to keep the office going. Nanda may once have been a nominee of former MP Amar Singh. But unlike many of his ilk, he has kept a low profile, has not grown too big for his boots and has been loyal. Such men are useful.

One reason why parties like the SP, BSP, NCP, Shiv Sena etc keep contesting elections in states where they lie dormant till election time is because of their desire to graduate from a state party or a regional party to a national party. The recognition as a national party depends on the votes they poll and the number of states they contest in. That partly explains Mayawati, Mamata and Mulayam’s forays into other states. It may also have something to do with these leaders’ personal ambitions and the illusion that they are great leaders destined to lead the multitude.

A more practical reason is the bargaining power it gives them over both state governments and the party at the Centre. The nuisance value of a political party is directly proportional to the size of the mob they can mobilise at short notice and to the number of MPs and MLAs they can produce to vote in the legislature. Anyone who has followed the political fortune of these leaders, and others like Shibu Soren, would know how important this is.

Finally, political parties and leaders have an opportunity to make some money. That the ‘ticket’ of political parties to contest elections often comes with a price tag is not a national secret. Candidates who succeed in getting such ‘ticket’ hope to make much more through donations and extortion in six weeks than they would make in six years. There are various other ways in which money is made but they are much more in the nature of gossip and so are best left unsaid.

This ‘Tamasha’ can immediately be stopped if the law is amended. It must be a requirement for political parties to contest Panchayat and Zila parishad elections first. They must then be required to win a specific number, say five or ten per cent, of the local bodies before they become eligible to contest an Assembly election.  This simple rule would weed out the mercenaries, the weather cocks and the fly-by-night operators.

But it is too entrenched a system for anyone to upset the applecart. It’s a gravy train. Why should anyone derail it?